2009: Isuzu stops selling cars in the US 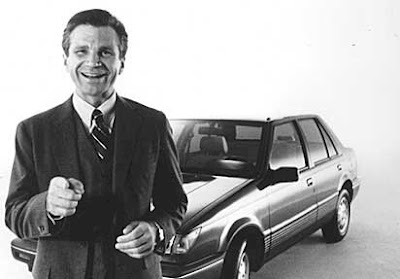 Isuzu, the Japanese automaker famous for its commercials featuring a less-than-honest salesman, said Wednesday that it would stop selling passenger vehicles in the US, as sales declined to almost nothing in recent years.

The move, effective at the end of January, 2009, marks the end of a 27-year run here and makes Isuzu the first Asian car company to abandon the world's largest market since South Korea's financially troubled Daewoo stopped selling here in 2002.

Although Isuzu's US sales were paltry recently -- it made just 7,098 of the 16.1 million new vehicles sold in the country last year -- the company's influence on the industry, as innovator and promoter of sport utility vehicles such as the Trooper and the Rodeo in the 1980s and '90s, was huge.

The decision to cease distribution was based in part on the fact that the two models Isuzu currently sells here, the Ascender SUV and the i-series pickup (both manufactured by General Motors for Isuzu), will no longer be made, and the company has no plans to design a new vehicle.

Isuzu will instead focus on its commercial trucks, a much larger business in the U.S. and abroad. In the fiscal year that ended last March, Isuzu earned $910 million on $14.2 billion in worldwide sales. The company said that quitting the US passenger vehicle market would cost about $37 million over two years, including fees to franchised dealers.

One individual who wasn't surprised to hear the news was Joe Isuzu himself. David Leisure, who portrayed the salesman in a series of Isuzu ads in the late 1980s and early '90s, said he hadn't seen an Isuzu on the road for years. "I thought they already had stopped selling here."

Leisure, an unknown actor before landing the role, gained fame for smarmy lines such as "If I'm lying, may lightning hit my mother," in goofy commercials that promised vehicles that could drive faster than a speeding bullet. The commercials, he said, landed him acting jobs on several comedy series, and in 2001, he made a brief return to Isuzu ads, where he pitched the Axiom. "Isuzu gave me an actual career," said Leisure, who has owned two Troopers over the years.

Joe Isuzu, meanwhile, made Isuzu a very popular brand. After building pickups for GM in the 1970s, Isuzu began selling its own vehicles in the US in 1981, with low-cost vehicles such as the Pup pickup and the Trooper. Aside from the Jeep Cherokee, the Trooper was the only four-door SUV available for years, and it helped build a market for what would become a hugely successful category.

Isuzu's US sales peaked at 127,630 vehicles in 1986. But as other carmakers entered the SUV market, Isuzu lost its position as an SUV innovator, instead focusing on producing sedans, favoring joint-venture deals with Subaru and other carmakers, and selling Rodeo SUVs to Honda, which re-badged them as Passports.

By 1997, sales were down to 91,483 units, and introductions of new models such as the Axiom and Ascender did little to halt the slide. Isuzu's 2007 volume was the smallest of any Asian carmaker in the US. (info from the Los Angeles Times)
Posted by Michael N. Marcus at 5:23 AM