2000: first president elected by one voter 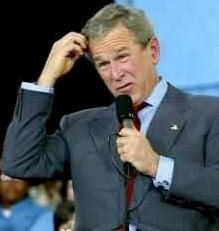 Exit polls showed the election won by Gore, then Bush. Many people went to bed thinking that Gore had won, only to discover in the morning that Bush had been declared the winner. The election process went on for weeks. It was simply too close to call. Several states were up for grabs, but in the end it came down to Florida, where Bush's younger brother, Jeb, was governor.

Florida electors were unable to commit themselves to either Bush or Gore because of the closeness of the vote. Tirades erupted in several precincts where the candidates' backers traded accusations about improprieties, such as race-based voter rejection and confusing ballots and equipment.

In a small precinct made up largely of Jewish Democrats from New York and New Jersey, Patrick Buchanan, who was perceived by many Jews as an anti-Semite, somehow took 47 votes for president. Some people said they punched a hole on the ballot next to Gore's name that actually registered a vote for Buchanan. There were many who said they knew they mistakenly voted for him but had not realized it until after they cast their ballots. Others said they knew immediately they had made a mistake and punched a second hole in the presidential race, voiding their vote.

And some said they knew they had cast the wrong vote but did nothing because they said they were either embarrassed, ashamed or did not know what to do. Many did ask for a new ballot after mistakenly punching the wrong hole but before inserting the ballot in the box, and they received a new one. But others said they did not know they could.

Of the more than 1,700 votes cast at Precinct 162G, only 47 people, or less than 4 percent, voted for Buchanan, and residents there said that all or almost all of those 47 votes were actually intended for Gore. It is a small percentage in this precinct, but in such a close race every wasted vote seemed to cause great misery.

Recounts were started, then stopped, as Republicans and Democrats wrangled over what standards to apply. It was more than a little chaotic. The closeness of the outcome, as well as reports of votes being miscounted, led to the Florida election recount.

Two initial recounts went to Bush, but that outcome was tied up in courts for a month until reaching the US Supreme Court. On December 9 the Court reversed a Florida Supreme Court ruling ordering a third count, and stopped an ordered statewide hand recount based on the argument that the different standards that different counting procedures would have used violated the Equal Protection Clause of the Fourteenth Amendment. The machine recount stated that Bush had won the Florida vote by a margin of 537 votes out of six million cast.

Bush received 271 electoral votes to Gore's 266 as a result of the Florida outcome. However, he lost the popular vote by more than half a million votes making him the first president elected without at least a plurality of the popular vote since Benjamin Harrison in 1888.

The US Supreme Court voted five to four to send the case back to the Florida Supreme Court, which had no alternative but to dismiss it. The presidential election of 2000 had been decided, in essence, by the vote of one Supreme Court justice.

Needless to say, Bush supporters were jubilant and Gore supporters were incensed. Many people were simply happy to have things settled, but others worried that the Court had gone too far. (info from the New York Times, Wikipedia & Dummies.com)
Posted by Michael N. Marcus at 4:56 AM

Your choice of photographs makes the President look like an idiot. You shoould show some respect.