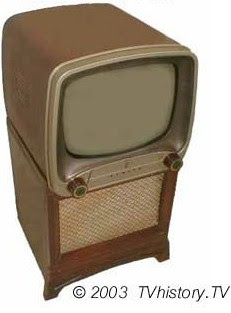 The Zenith company began in Chicago, Illinois, in 1918 as a small producer of amateur radio equipment. The name "Zenith" came from its founders' call sign, 9ZN, and Zenith Radio Company was formally incorporated in 1923.

Zenith introduced the first portable radio not long after this, and would eventually go on to invent such things as the wireless remote control, FM multiplex stereo, high-contrast and flat-face picture tubes, and the MTS stereo system used on analog television broadcasts in the US and Canada. Zenith was one of the first companies with a digital high definition TV system.

In the 1980s, Zenith fell on hard times as more and more of the TV business went to Japanese companies with lower prices. In 1979, they got into the computer business with the purchase of Heath Company and their H-8 computer kit. Zenith renamed Heath's computer division Zenith Data Systems, and eventually sold ZDS and Heath to Groupe Bull in 1989 to raise money for hi-def TV research efforts. Zenith changed its name to Zenith Electronics Corporation in 1984, to reflect its interests in computers and Cable TV, and since it had left the radio business two years earlier.

By 1990, Zenith was in trouble, and looking more and more attractive to a hostile takeover. To avoid this, Zenith sold 5% of itself to LG Electronics as part of a technology-sharing agreement. In 1991, it moved its last American production facility to Mexico. With their analog line aging (the last major update had been in 1978), and the adoption of HDTV in the US years away, Zenith's prospects were dim.

Eventually, LG would raise its stake in Zenith to 55%, enough to assume a controlling interest. Zenith eventually filed for bankruptcy in 1999, and in exchange for its debts, LG offered to buy the part of Zenith it didn't already own. Today LG uses the Zenith brand on a limited number of TV models, and seems to periodically kill and revive the brand. (info from Wikipedia and The New York Times)
Posted by Michael N. Marcus at 3:45 AM