2008: beginning of the end for fall TV season 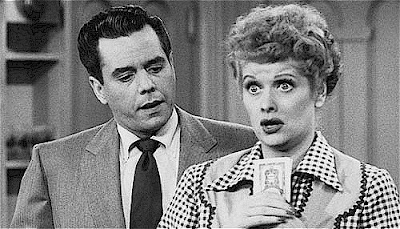 It may soon be time to retire the phrase "fall television season.”

NBC Universal took a big step toward undoing one of the television industry’s oldest traditions by announcing Tuesday that it would move to a year-round schedule of staggered program introductions. The move is intended to appeal to advertisers, who crave fresh content to keep viewers tuned in.

And if it succeeds — and leads other broadcast networks to shift from their focus on a mass introduction of new shows — it could alter an American cultural cycle that extends all the way back to the days of radio, when families gathered around the Philco every September, as the school year began, to sample the new entertainment choices.

NBC plans to announce a 52-week schedule in April, a month before ABC and CBS will unveil their fall lineups at splashy presentations known as upfronts. The decision means that NBC will be committing to a new lineup of shows earlier than any of its competitors, while also inviting advertisers to build marketing plans around specific shows and perhaps to integrate brands and products into the plots of the shows themselves.

The fall television season has been under assault on many fronts, from the many cable channels that introduce new shows whenever they find it convenient, to individual series like ABC’s “Grey’s Anatomy” that made their debuts in odd months like March.

Viewers are accustomed to a spring lineup from Fox, for instance, and for fresh slates of reality shows during the summer.

But the move by NBC Universal represents a particularly bold stroke by a network with the size and clout to move markets. After it announces a list of programs in April, NBC plans to meet with big advertising clients in several cities, followed by a different sort of presentation in May that will encompass all the NBC Universal properties, including cable channels like Bravo, USA and CNBC.

What that event will not include is a special introduction of the fall prime-time schedule, which NBC has held for years in Radio City Music Hall and as its broadcast network competitors still intend to do this year. NBC is looking for a different site for the presentation because the Music Hall is not appropriate for the plans it has for that day. But the day will include an introduction of the yearlong programming plans for the press as well as a party for advertising clients that will include some NBC stars.

The idea of a 52-week schedule is not really new. Most networks have programming scattered throug the year with specific shows set aside for summer, like “Big Brother” on CBS (though it was used in the regular season this year because of the strike) and others for midyear like “24” and “American Idol” on Fox and “Lost” on ABC.

But NBC intends to give advertisers a much earlier look at its plans for the entire year. That will presumably make it easier to match advertisers to specific shows, an idea that is growing in popularity. Networks are looking for ways to keep clients paying, even as ratings diminish and programs are replayed on digital recorders with commercials skipped.

One potential benefit of the change, according to Gene DeWitt, chairman of DeWitt Media in New York, is a solution to advertisers’ annual quandary. The last three months of the year are the most important for many marketers — particularly retailers and automakers — but under the current system many of the broadcast shows they are offered then are new and untested. If more shows are brought out earlier in the calendar year, he said, “you’d have a track record of their performance.” “We’d have more reliable rating information,” he added, “so we won’t be going into the fourth quarter blind.” A 52-week broadcast schedule may make it more difficult to track the hits and flops, Mr. DeWitt said, but “it’s the way of the world today — things move faster, and we all have to keep up.” (info from The New York Times)
Posted by Michael N. Marcus at 4:49 AM