1822: Catholic Church admits that Earth is not center of universe 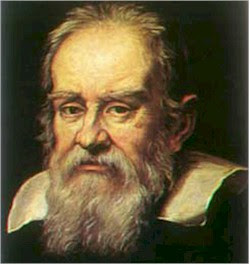 In 1610, Italian astronomer Galileo Galilei built a telescope to observe the solar system, and deduced that planets orbit the sun, not the earth.

This contradicted Church teachings, and some of the clergy accused Galileo of heresy. (In 1600, Giordano Bruno was convicted of being a heretic for believing that the earth moved around the sun, and that there were many planets throughout the universe where life existed. Bruno was burnt to death.)

Galileo moved on to other projects. He started writing about ocean tides, but instead of writing a scientific paper, he found it much more interesting to have an conversation among three fictional characters. One character, who would support Galileo's side of the argument, was brilliant. Another character would be open to either side of the argument. The final character, named Simplicio, was dogmatic and foolish, representing Galileo's enemies who ignored any evidence that Galileo was right. Soon, Galileo wrote a similar dialogue called "Dialogue on the Two Great Systems of the World," about the Copernican system.

"Dialogue" was an immediate hit with the public, but not with the Church. The pope suspected that he was the model for Simplicio. He ordered the book banned, and also ordered Galileo to appear before the Inquisition in Rome for the crime of teaching the Copernican theory after being ordered not to do so.

Galileo was 68 years old and sick. Threatened with torture, he publicly confessed that he had been wrong to have said that the Earth moves around the Sun. Legend has it that after his confession, Galileo whispered "And yet, it moves."

Galileo was allowed to live under house arrest. Until his death in 1642, he continued to investigate science, and even published a book on force and motion after he had become blind.

The Church eventually lifted the ban on Galileo's Dialogue in 1822, when it was common knowledge that the Earth was not the center of the Universe. Still later, there were statements by the Vatican Council in the early 1960's and in 1979 that implied that Galileo was pardoned, and that he had suffered at the hands of the Church. Finally, in 1992, three years after Galileo Galilei's namesake spacecraft had been launched on its way to Jupiter, the Vatican formally and publicly cleared Galileo of any wrongdoing. (info from NASA and the History Channel) (portrait by Justus Sustermans painted in 1636)
Posted by Michael N. Marcus at 3:49 AM