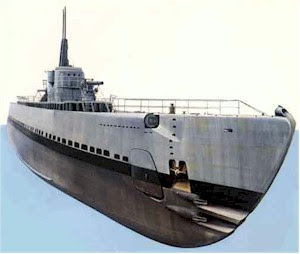 Expeditions to the South and North Poles began as early as the 1500s, but many of them encountered extreme conditions that forced them to turn back. Other expeditions suffered great tragedy and losses due to rampant illness among crew members, violent encounters with indigenous peoples, and navigation difficulties. The earliest seafaring vessels were wooden ships powered only by sails, hardly a worthy match for the extreme ice conditions at the ends of the Earth. But as sea trade increased, ships became more powerful, sturdy, and capable of enduring the severe conditions faced by crews as they made their way north and southward.

The timeline below represents some of the milestones in exploration and science in the Earth's polar regions during the last 200 years or so.

1773: Using his exceptional navigation skills, Captain James Cook and his crew become the first to cross the Antarctic Circle, confirming that the southern continent is an extremely icy and forbidding place. Previously, there had been hopes of a "second Europe" somewhere at high southern latitudes in the South Pacific.

1823: Englishman James Weddell sails to 74° South and penetrates the sea that bears his name today. This is the farthest south reached up to that time. The Weddell Sea would not be reached again until 1914, by Ernest Shackleton.

1827: Sir William Edward Parry, with James Clark Ross, attempts to reach the North Pole by sledge from Spitsbergen. He is forced to turn back, due to the fatigue of his party, but gets as far as 82° 45' North, establishing a Farthest North record that will stand for 50 years.

1881-84: As America's contribution to the International Polar Year, Adolphus Greely leads an expedition to the Arctic to establish a station at remote Lady Franklin Bay on Ellesmere Island. A major goal of the expedition was to try and reach the Pole, or at least plant the U.S. flag on a new Farthest North point. Although he managed to reach 83° 24' North, farther than any previous attempts, he never reached the North Pole, and 19 of his 25 men died waiting for a rescue expedition.

1882-83: The first International Polar Year (IPY) is established, with eleven nations agreeing to establish 15 new observation stations in the Arctic and Antarctica.

1892: Norwegian Carl Larsen lands his ship, the Jason, near the Antarctic Peninsula on Seymour Island. He discovers fossils that become the first evidence of a previous warmer climate in Earth's polar regions.

1893-95: One man's demise was another man's claim to fame. When wreckage from the ill-fated Jeannette expedition was found on the southwest coast of Greenland, it was quickly deduced that the wood fragments had drifted across the Arctic Ocean. Norwegian explorer Fridtjof Nansen concluded that perhaps a ship could do the same thing. In a new, state-of-the-art ship designed to rise under lateral pressure from the ice, called the Fram, Nansen and Otto Sverdrup drifted across the Arctic Ocean. When the ship became frozen in the Arctic pack ice near the New Siberian Islands, Nansen and Frederik Johansen left the Fram and tried to reach the North Pole by traveling over the ice. Although they were forced to turn back, they surpassed 86° North and established a new Farthest North Record. The entire expedition took nearly three years, during which time a significant amount of scientific data were collected.

1903-05: Roald Amundsen completes the first successful navigation of the Northwest Passage on his ship, the Gjoa. The survival skills he learned from the Inuit people while wintering at Gjoa Haven played a large role in his future exploration successes.

1908: Explorers Ernest Shackleton, Frank Wild, Eric Marshall, and Jameson Adams attempt to reach the South Pole. Within 30 days, they surpass Robert Scott's 1903 effort, but illness and under-nourishment forces them to turn back, despite having come within 97 nautical miles of the South Pole. Shackleton reaches a greater latitude during this trip than had yet been reached in the North.

1909: After two previous attempts (1902 and 1906), Robert Peary reaches the North Pole on April 6, 1909. Peary had learned from his assistant Matthew Henson the value of observing Eskimo ways, and he also believed that his chances of success would be greater by starting in late winter, when the ice was firmer, than in summer. The expedition set off from Ellesmere Island on March 1, 1909, with 23 men, 133 dogs, and 19 sleds. Only six men (Peary, Hensen, and four Eskimos) completed the final 133 miles to the North Pole, the remaining men having returned to land after completing their portions of the expedition. Peary's claim comes just days after Frederick Cook's false claim of having reached the North Pole a year earlier.

1911-12: Both Roald Amundsen and Robert Scott reach the South Pole. Amundsen's team arrives first on December 14, 1911, after discovering a new route that took only 57 days. Scott's team arrives on January 18, 1912, only to find that Amundsen had already been there and planted a Norwegian flag. Completely dispirited by their failure to reach the Pole first and physically ravaged by a tortuous journey, Scott and all five members of the team that accompanied him to the Pole perish on the return trip.

1926: In a joint American-Italian-Norwegian expedition, Roald Amundsen and Lincoln Ellsworth set out from Spitsbergen on the airship Norge, commanded by Umberto Nobile and piloted by Hjalmar Riiser-Larsen. After a 16-hour flight, the crew reaches the North Pole on the morning of May 12, 1926, where they drop the Norwegian, Italian, and American flags.

1930: On November 29, flying from a base at the Bay of Whales, Richard Byrd and three fellow explorers become the first to fly over the South Pole in a flight that lasted 18 hours, 41 minutes.

1932-33: The Second International Polar Year takes place, with 40 nations participating in Arctic research. Due to the worldwide depression, the second IPY is smaller than originally envisioned.

1957-58: The Third International Polar Year (later renamed the International Geophysical Year) begins with a strong Antarctic effort by scientists from 67 countries. The Amundsen-Scott Base at the South Pole is constructed to facilitate Operation Deepfreeze, a series of scientific expeditions to Antarctica.

1958: On August 3, the USS Nautilus becomes the first submarine to reach the North Pole. After 96 hours and 1830 miles submerged under the Arctic ice cap, it surfaces in the Greenland Sea. (info from the University of Arizona)
Posted by Michael N. Marcus at 4:26 AM