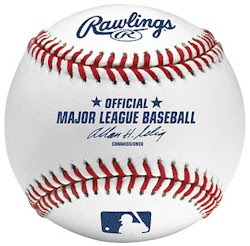 Ancient baseball history is a little fuzzy, but it appears that both Ross Barnes and Charlie Jones hit homers in a game between the Chicago White Stockings (Barnes) and the Cincinnati Red Stockings (Jones) on May 2, 1876. Barnes may have homer-ed before Jones, or maybe not.

Babe Ruth hit the first home run in Yankee Stadium on the day it opened in 1923, against Boston.

The all-time, verified professional baseball record for home runs is 868, held by Sadaharu Oh, a former player and manager of the Yomiuri Giants and current manager of the Fukuoka Softbank Hawks in Japan's league (called Nippon Professional Baseball).

Negro League slugger Josh Gibson's Baseball Hall of Fame plaque says he hit "almost 800" home runs in his career. The Guinness Book of World Records lists Gibson's lifetime home run total at 800. Gibson's true total is not known due to poor recordkeeping. The 1993 edition of the MacMillan Baseball Encyclopedia attempted to compile a set of Negro League records. Although sparse, their records demonsrate that Gibson and Ruth were of comparable power. The book has Gibson hitting 146 home runs in the 501 games they were able to account for in his 17-year career, about 1 homer every 3.4 games. Babe Ruth, in 22 seasons (several of them in the dead-ball era), hit 714 in 2503 games, or 1 homer every 3.5 games.

The longest verifiable home run distance is about 575 feet, by Babe Ruth, to straightaway center field at Tiger Stadium (then called Navin Field and prior to the double-deck), which landed nearly across the intersection of Trumbull and Cherry.

The location of where Hank Aaron's record 755th home run landed has been monumented in Milwaukee. The hallowed spot sits outside Miller Park, where the Milwaukee Brewers currently play. Similarly, the point where Aaron's 715th homer landed, upon breaking Ruth's career record in 1974, is marked in the Turner Field parking lot. (info from Baseball Almanac, MuseumSpot, Wikipedia)
Posted by Michael N. Marcus at 5:49 AM