2010: Nissan sells electric cars in US 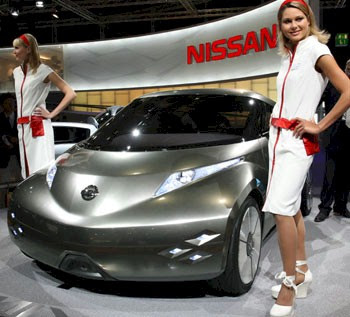 Back in 2008, when Nissan opened is new US headquarters in Franklin, Tennessee, chief executive Carlos Ghosn predicted that the company would within two years, become the first automaker to sell a mass-market, zero-emission vehicle in the United States.

But Nissan does not intend to reach those milestones merely for show, said Dominique Thormann, senior vice president for finance. In an interview, Thormann said Nissan would not sell the cars unless it could make a profit immediately, at an affordable price. “Everything that we develop, we develop for profits,” he said. “We make money on all our cars. We do not have loss leaders.”

To help in its development of electric cars, Nissan said that it would work with the state of Tennessee and its largest electric utility, the Tennessee Valley Authority, to study and perhaps install infrastructure like charging stations. The automaker has begun similar efforts in Denmark, Israel and Portugal, but the United States presents a far greater opportunity for Nissan to market electric cars. (info from The New York Times)
Posted by Michael N. Marcus at 6:23 AM