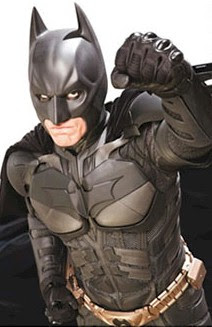 The latest Batman installment already had broken records for best opening weekend at $158.4 million and best single-day with $66.4 million. It's also busted records in its showings on IMAX screens, making $16.3 million in its first 10 days.

"The Dark Knight" could pass "Titanic" as the highest-grossing film in US history, said Paul Dergarabedian, president of Media By Numbers. James Cameron's 1997 extravaganza made $600,788,188 domestically, a record no other movie has come close to touching.

"The 'Titanic' record has lasted for 10 years. It's a tall order but if any film has a chance to surpass that number, it's got to be 'Dark Knight,'" Dergarabedian said.

"Now, it's all about word-of-mouth," he said. "The first weekend, there was this huge, pent-up demand and eagerness by audiences to see this movie. Now, it's like a freight train -- it seems to be unstoppable."

Part of the film's visual allure comes from the fact that 30 minutes of it were shot with IMAX cameras, including an elaborate bank-heist scene at the start.

"Chris (Nolan) has clearly hit upon something," said Greg Foster, chairman and president of IMAX Filmed Entertainment. "There are many important filmmakers who we've spoken with in the last couple of weeks about shooting with IMAX cameras." (info from The Wall Street Journal)
Posted by Michael N. Marcus at 5:19 AM