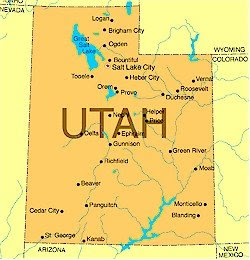 In a one-year test aimed at reducing energy cost and commuters' gasoline cost, Utah will become the first state to switch to a four-day workweek for many government employees.

Starting next month, they will work 10-hour days, Monday through Thursday, and have Fridays off. They will get paid the same as before.

The order issued by Gov. Jon Huntsman will affect about 17,000 out of 24,000 employees. It will not cover state police officers, prison guards or employees of the courts or Utah's public universities. State-run liquor stores will stay open on Fridays.

The compressed workweek could prove inconvenient to those who need to use state services and find certain offices closed on Fridays. Also, some parents may have to rearrange their child care to accommodate their longer hours, and bus and commuter train schedules might have to be adjusted.

Turning off lights, heat and air conditioning on Fridays in 1,000 of 3,000 buildings will save about $3 million a year out of a state budget of $11 billion. Employees in six buildings alone will save an estimated more than $300,000 on gas to commute to work.

The four-day workweek could also be good for the environment. "We feel like we can reduce the CO2 or the ozone by around over 3,000 metric tons, as well as have an impact on our air pollution," said Kim Hood of the Department of Administrative Services.

In addition, the governor said the new schedule could help recruit younger workers who prefer a three-day weekend. State officials will evaluate the program after a year and decide whether to extend it. (info from MSNBC)
Posted by Michael N. Marcus at 6:06 AM