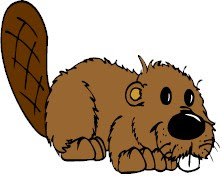 For years, the students and staff at Philadelphia's women-only Beaver College, tolerated jokes and ridicule about "the rodent, the TV show 'Leave It to Beaver' and the vulgar reference to the female anatomy," said college president Bette E. Landman. So, as of July 16, 2001, Beaver College became Arcadia University.

Beaver was founded in 1853 as a small women's college in western Pennsylvania's Beaver County. In 1925 it moved hundreds of miles east, to suburban Philadelphia.

The college has appeared on David Letterman's Top 10 list. Conan O'Brien and Howard Stern have joked about it. When "Saturday Night Live" writers invented an annoying film critic, they made him a representative of Beaver College campus radio.

The college's research showed it appealed to 30 percent fewer prospective students because of the name. Problems worsened with the Internet, since some PC filters intended to block sexually explicit material, blocked access to the college's website.

Surveys about the name change were sent to more than 20,000 alumni, students, parents, faculty and staff, and comments came in from others who saw news stories about the search for a name. Six names were sent to focus groups, and Arcadia was the clear winner. (info from The Associated Press)
Posted by Michael N. Marcus at 5:54 AM