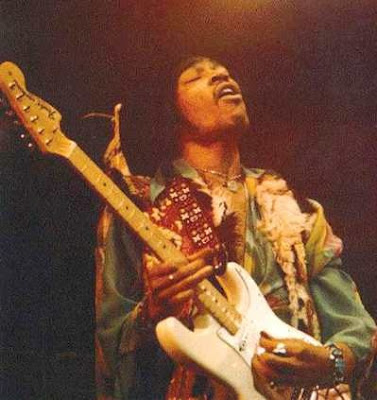 Some of the earliest electric guitars adapted hollow bodied acoustic instruments and used tungsten pickups. This type of guitar was manufactured beginning in 1931 by Electro String Instrument Corporation under the direction of Adolph Rickenbacher and George Beauchamp. Their first design was built by Harry Watson, a craftsman who worked for Electro String. This new guitar which the company called "Rickenbackers" was the first of its kind.

The earliest documented performance with an electric guitar was in 1932, by guitarist and bandleader Gage Brewer. The Kansas-based musician had obtained two instruments from George Beauchamp of Los Angeles, California, and he publicized his new instruments in an article in the Wichita Beacon, October 2, 1932 and through a performance later that month.

The first recording of an electric guitar was by jazz guitarist George Barnes who recorded two songs in Chicago on March 1st, 1938: Sweetheart Land and It's a Low-Down Dirty Shame. Many historians incorrectly attribute the first recording to Eddie Durham, but his recording with the Kansas City Five was not until 15 days later. Durham introduced the instrument to a young Charlie Christian, who made the instrument famous in his brief life and is generally known as the first electric guitarist and a major influence on jazz guitarists for decades thereafter.

The first recording of an electric guitar west of the Mississippi was in Dallas, in September 1935, during a session with Roy Newman and His Boys, an early Western swing dance band. Their guitarist, Jim Boyd, used his electrically-amplified guitar during the recording of three songs, Hot Dog Stomp, Shine On, Harvest Moon, and Corrine, Corrina.. An even earlier Chicago recording of an electrically amplified lap steel guitar was during a series of sessions by Milton Brown and His Brownies (another early Western swing band) that took place January 27-28, 1935, when Bob Dunn played his amplified Hawaiian guitar.

The version of the instrument that is best known today is the solid body electric guitar. Rickenbacher, later spelled Rickenbacker, did, however, offer a cast aluminum electric steel guitar, nicknamed The Frying Pan or The Pancake Guitar, beginning in 1931. This guitar is reported to have sounded quite modern. Audiovox built and may have offered an electric solid-body as early as the mid-1930s.

Another early solid body electric guitar was designed and built by musician and inventor Les Paul in the early 1940s, working after hours in the Epiphone Guitar factory. His log guitar (so called because it consisted of a simple 4x4 wood post with a neck attached to it and homemade pickups and hardware, with two detachable Swedish hollow body halves attached to the sides for appearance only) was patented and is often considered to be the first of its kind, although it shares nothing in design or hardware with the solid body "Les Paul" model sold by Gibson.

In 1945, Richard D. Bourgerie made an electric guitar pickup and amplifier for professional guitar player George Barnes. Bourgerie worked through World War II at Howard Radio Company making electronic equipment for the American military. Barnes showed the result to Les Paul, who then arranged for Bourgerie to have one made for him. (info from Wikipedia, photo of Jimi Hnedrix from bassmiddletreble.files.wordpress.com)
Posted by Michael N. Marcus at 5:20 AM