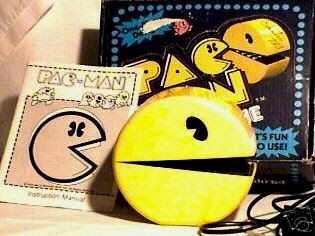 The Touchtone phone made its official debut at the 1964 World's Fair in New York City, and the local Bell System companies quickly began promoting and installing them.

The novelty and speed of push-button dialing had great appeal, and the Bell companies were able charge a premium price, despite the fact that Touch-tone calls saved them money. Since calls could be processed faster in the Central Offices, less equipment was needed to process the calls.

Some people refused to pay the extra fee, and some phone companies were slow to upgrade their equipment to recognize the musical tones. Sensing a potential market, several manufacturers developed phones with outpulse dials. They had buttons that looked just like Touchtone buttons, but when you pressed a button, you heard clicks, not beeps.

The outpulse circuitry put out a string of pulses (rapidly disconnecting and reconnecting the phone) when each button was pressed. It wasn't as fast as real Touchtone (it took much longer to dial eight than to dial one); but the phones could be used anywhere, and there was no extra charge.

By about 1980, AT&T operated a national chain of Phone Center Stores, some in malls and some in Bell System Buildings, offering a mixture of for-rent and for-sale phones. Most models came in both Touchtone and rotary-dial versions.

In about 1982, a strange new model appeared on the shelves: The Pac-Man phone.

Pac-Man was an extremely popular video game, first introduced in 1979 in Japan, and quickly spreading around the world. It was an icon of 1980s culture, and remains popular decades later. The image of a chomping yellow face became ubiquitous, appearing on everything from clothing to phones.

The Pac-Man phone was made in Hong Kong, and distributed in the US by American Telecommunications Corp., which supplied the Bell companies with a variety of decorator and novelty phones, including Mickey Mouse, Snoopy and Kermit.

The phone was very popular, but an unreliable piece of crap. It probably had the highest return rate of any phone sold by the Bell System stores -- but it has a place in telecommunications history as Bell's first outpulse phone. (photo from eBay in Australia)
Posted by Michael N. Marcus at 5:26 AM