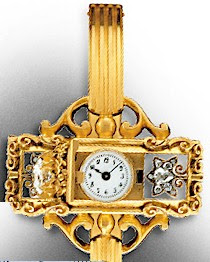 Patek Philippe is a prestigious name in Swiss watchmaking, that combines nearly two centuries of experience and tradition, with continued innovation. The company has been granted more than 70 patents.

In 1839 two Polish immigrants to Switzerland, Antoine Norbert de Patek (Salesman) and François Czapek (Watchmaker) joined forces to found Patek, Czapek & Cie. In 1844 Patek met French watchmaker Adrien Philippe in Paris where Philippe introduced his innovative winding and setting by the watch crown. In 1845 when Czapek decided to leave the company, the name changed to Patek & Cie. In 1851 when Philippe became part of the company, its name was changed again, to Patek Philippe & Cie. It changed in 1901 to become Ancienne Manufacture d’Horlogerie Patek Philippe & Cie, S.A.

In 1932, the company was purchased by brothers Charles and Jean Stern, and since then, Patek Philippe S.A. has remained a family owned company, with 3rd and 4th generation Sterns in charge: Philippe Stern, President and Thierry Stern, his son, Vice-President.

Back in 1868, Patek Philippe created the first Swiss wristwatch, made for Countess Koscowicz of Hungary. (info from Patek Philippe)
Posted by Michael N. Marcus at 5:29 AM