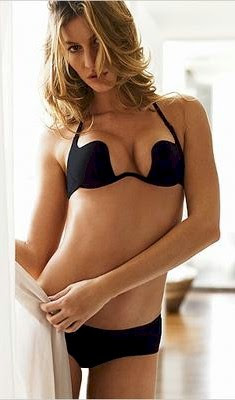 The first modern brassiere to receive a patent was invented in 1913 by a New York socialite named Mary Phelps Jacob. She had purchased a sheer evening gown for a social event, and at that time, the only acceptable undergarment was a corset stiffened with whale bones.

Mary found that the whale bones poked out visible around the plunging neckline and under the sheer fabric. Two silk handkerchiefs and some pink ribbon later, Mary had designed an alternative to the corset.

An unhealthy and painful device designed to narrow an adult women's waist to as little as 10 inches, the invention of the corset is attributed to Catherine de Médicis, wife of King Henri II of France. She enforced a ban on thick waists at court attendance's (1550's) and started over 350 years of whalebones, steel rods and torture.

Mary Phelps Jacob's new undergarment complimented the new fashions introduced at the time and demands from friends and family were high for the new brassiere. Mary was the first to patent an undergarment named 'Brassiere' derived from the old French word for 'upper arm'. Her patent was for a device that was lightweight, soft and separated the breasts naturally.

Caresse Crosby was the business name Mary Phelps Jacob used for her brassiere production. However, she didn't enjoy running a business, and sold the patent to the Warner Brothers Corset Company in Bridgeport, Connecticut, for $1,500. Warner (the bra-makers, not the movie-makers) made over $15 million from the bra patent over the next thirty years.

In 1875, manufacturers George Frost and George Phelps patented the Union Under-Flannel, a no bones, no eyelets, and no laces or pulleys under-outfit.

In 1893, Marie Tucek patented the breast supporter. The device included separate pockets for the breasts and straps that went over the shoulder, fastened by hook-and-eye closures.

In 1889, corset-maker Herminie Cadolle invented the Well-Being or 'Bien-être', a bra-like device sold as a health aid. The corset's support for the breasts squeezed up from below. Cadolle changed breast support to the shoulders down.

World War I dealt the corset a fatal blow when the US War Industries Board called on women to stop buying corsets in 1917. It freed up some 28,000 tons of metal.

The Bali Brassiere Company was founded by Sam and Sara Stein in 1927. Bali's best-known product has been the WonderBra, an underwired bra with side padding designed to uplift and add cleavage. Bali launched the WonderBra in the US in 1994; but it was invented in 1963 by Canadian designer, Louise Poirier. According to Wonderbra USA, "this unique garment, the forerunner of today's Wonderbra push-up bra had 54 design elements that lifted and supported the bust to create dramatic cleavage. Its precision engineering involved three-part cup construction, precision-angled back and underwire cups, removable pads called cookies, gate back back design for support, and rigid straps."

Frederick's of Hollywood was started by Frederick Mellinger (inventor of the push-up bra) in 1946. The original flagship store was a landmark on Hollywood Boulevard in California. In September 2005, after 59 years, the store moved to a larger, more modern space a few blocks away. The connection Mellinger had with Hollywood led fashion-conscious women to seek out his pointed, cone-stitched bras, sold under brand names such as Missiles. In the sixties, the "Cadillac" bra was launched, and soon became the company's best seller. Other innovations included the front-hook bra, and bras with shoulder pads. By the 70s, when women were burning bras outside Frederick's store, he had enough media sense to proclaim in public that the "law of gravity will win out." It was a publicity coup, and sales of his bras soared.

Victoria's Secret was started in San Francisco in 1977 by Stanford Graduate School of Business alumnus Roy Raymond, who felt embarrassed trying to purchase lingerie for his wife in very public and awkward department store environment. He opened the first store at Stanford Shopping Center, and quickly followed it with a mail order catalog and three other stores. The stores were meant to create a comfortable environment for men, with wood paneled walls, Victorian details, and helpful sales staff. Instead of racks of bras and panties in every size, there were single styles, paired together, and mounted on the wall in frames. Men could browse for styles and then sales staff would help estimate the appropriate size. The company gained notoriety in the early 1990s when it began to use supermodels in advertising and fashion shows. (info from About.com, Lingerie Uncovered, and Wikipedia) (photo from Victoria's Secret)
Posted by Michael N. Marcus at 4:49 AM