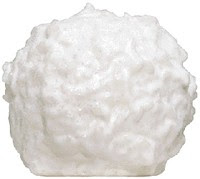 On the first day of 1777, several children were throwing snowballs in a school yard in Haverstraw, a former Dutch village in New York.

12-year-old Hans Bronck aimed a snowball at his friend Dirk Hendrik. Dirk ducked, and the snowball smashed a window in the school. They were observed by a local farmer, Yonah Schimmel, who reported them to the schoolmaster. The boys were punished by being kept after school for an hour each day for the remainder of the school year.
Posted by Michael N. Marcus at 1:17 PM