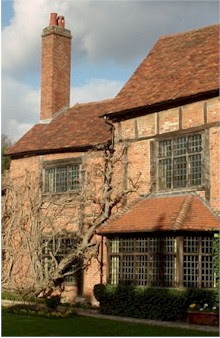 Since the earliest days, humans have relied on relatives and neighbors to watch over children, when adults had to hunt, tend the crops, make war or make love.

By the 15th century, royalty and other wealthy families in Europe were employing live-in nannies to watch over their children.

The babysitter, employed for a few hours rather than full-time, was a more recent development. The first known sitter was Abigail Greel, born in 1592 in Upton-on-Thrum in central England.

Her diary, now in the British Museum, records that she was paid three pence on November 14, 1604 to watch eight-year-old Harold Busby, while his parents saw a performance of Shakespeare's As You Like It. William Shakespeare himself was in the cast, acting as the ghost of Hamlet's father.
Posted by Michael N. Marcus at 7:28 AM