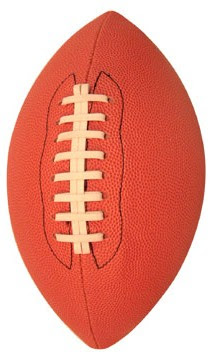 In professional American football, the Super Bowl is the championship game of the National Football League (NFL). It and its associated festivities constitute Super Bowl Sunday, which has become the most-watched US television broadcast of the year. Super Bowl Sunday is the second-largest US food consumption day, following Thanksgiving.

Many popular singers and musicians have performed during the Super Bowl's pre-game and halftime ceremonies -- some with notoriety, such as in 2004, when Janet Jackson's nipple was exposed by Justin Timberlake in what was referred to as a "wardrobe malfunction".

The Super Bowl was first played on January 15, 1967 as part of an agreement between the NFL and its younger rival, the American Football League (AFL) in which each league's championship team would play each other in an "AFL-NFL World Championship Game". After the leagues merged in 1970, the Super Bowl became the NFL's championship game.

The Super Bowl uses Roman numerals to identify each game, rather than the year it was held, since the NFL season extends beyond New Year's Eve. For example, the Indianapolis Colts, winners of Super Bowl XLI are the champions of the 2006 season, even though the championship game was played in February 2007.

After its inception in 1920, the NFL fended off several rival leagues before the AFL began play in 1960. The intense competitive war for players and fans led to serious merger talks between the two leagues in 1966, culminating in a merger announcement in 1966.

One of the conditions of the Merger was that the winners of each league's championship game would meet in a contest to determine the "world champion of football".

According to NFL Films President Steve Sabol, then NFL Commissioner Pete Rozelle wanted to call the game "The Big One". During the discussions to iron out the details, AFL founder and Kansas City Chiefs owner Lamar Hunt had jokingly referred to the proposed interleague championship as the "Super Bowl". Hunt thought of the name after seeing his kids playing with a toy called a Super Ball. The ball is now on display at the Pro Football Hall of Fame in Canton, Ohio.

The name was consistent with postseason college football games which had long been known as "bowl games". The "bowl" term originated from the Rose Bowl Game, which was in turn named for the bowl-shaped stadium in which it is played. Hunt only meant his suggested name to be a stopgap until a better one could be found. Nevertheless, the name "Super Bowl" became permanent.

After the NFL's Green Bay Packers convincingly won the first two Super Bowls, some team owners feared for the future of the merger. At the time, many doubted the competitiveness of AFL teams compared with NFL counterparts. That perception all changed with one of the biggest upsets in sports history, the AFL's New York Jets defeat of the Baltimore Colts in Super Bowl III in Miami. One year later, the AFL's Kansas City Chiefs defeated the NFL Minnesota Vikings 23-7 and won Super Bowl IV in New Orleans, the last World Championship game played between the champions of the two leagues. These first four Super Bowls were actually AFL-NFL World Championships at the time. After the merger, they were redesignated as Super Bowls I through IV.

The game is played annually on a Sunday as the final game of the NFL Playoffs. Originally the game took place in early to mid-January following a 14-game regular season and playoffs. The game now takes place in late January or even the first Sunday in February, due to the current 17-week schedule.

The winning team gets the Vince Lombardi Trophy, named for the coach of the Green Bay Packers, who won the first two Super Bowl games and 3 of the 5 preceding NFL championships.

Super Bowl XLII will be the 42nd annual edition of the Super Bowl. The game is scheduled to be played following the 2007 regular season on February 3, 2008 at University of Phoenix Stadium in Glendale, Arizona. (info from Wikipedia)

Editor's Note: I have never watched a Super Bowl Game. Football Sucks. It is only slightly less sleep-inducing than golf, or watching paint dry.
Posted by Michael N. Marcus at 5:08 AM