1790: first State of the Union Address 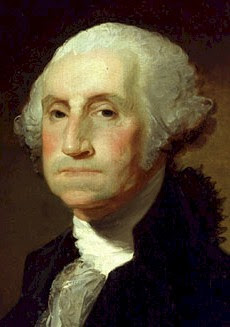 George Washington gave the first State of the Union address on January 8, 1790 in New York City, then the provisional US capital.

In 1801, Thomas Jefferson discontinued the practice of delivering the address in person, regarding it as too monarchical (similar to the Speech from the Throne). Instead, the address was written and then sent to Congress to be read by a clerk until 1913 when Woodrow Wilson re-established the practice.

However, some presidents in the second half of the 20th Century did send written addresses. The last President to do so was Jimmy Carter in 1980.

For many years, the speech was referred to as "the President's Annual Message to Congress." The actual term "State of the Union" did not become widely used until after 1935 when Franklin D. Roosevelt began using the phrase.

Prior to 1934, the annual message was delivered at the end of the calendar year, in December. The ratification of Amendment XX on January 23, 1933 changed the opening of Congress from early March to early January, affecting the delivery of the annual message. Since 1934, the address has been delivered to Congress in January or February. Now, the speech is typically delivered on the last Tuesday in January, although there is no such provision written in law, and it varies from year to year.

Since 1989, in recognition that the responsibility of reporting the State of the Union formally belongs to the president who held office during the past year, newly inaugurated Presidents have not officially called their first speech before Congress a "State of the Union" message.

Calvin Coolidge's 1923 speech was the first to be broadcast on radio. Harry S. Truman's 1947 address was the first to be broadcast on television. Lyndon Johnson's address in 1965 was the first delivered in the evening. Bill Clinton gave his 1999 address while his impeachment trial was underway, and his 1997 address was the first broadcast available live on the World Wide Web. Ronald Reagan was the only president to have postponed his State of the Union address. On January 28, 1986, he planned to give his address, but after learning of the Space Shuttle Challenger disaster, he postponed it for a week and addressed the nation on the day's events. (info from Wikipedia)
Posted by Michael N. Marcus at 4:00 AM