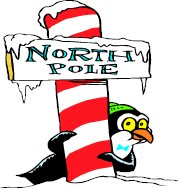 Sir Wally Herbert was the first man to walk across the icebound Arctic Ocean and, some contend, the first to reach the North Pole on foot, a feat long credited to Rear Adm. Robert E. Peary.

“It seemed like conquering a horizontal Everest,” Sir Wally said of the 3,620-mile trek across treacherous ice floes that ended May 30, 1969. He led a four-man team on the 476-day expedition from Alaska to Norway.

On April 4, 1969 — 407 days into the journey — the team stopped at the North Pole, planted a Union Jack and ate beef stew from supplies hauled there by its 40 sled dogs. “It was too cold and too windy to hold any other celebrations,” Sir Wally radioed to London.

Sixty years earlier, on April 6, 1909, Admiral Peary was reported to be the first man to reach the pole on foot. The news went out to the world five months later when Admiral Peary and his team arrived at Indian Harbor, Labrador, and sent a wire to The New York Times, which had exclusive rights to the story. The message read in part, “I have the Pole, April Sixth.”

That claim has been debated. In 1973, Dennis Rawlins, an astronomer, wrote a book, “Peary at the North Pole: Fact or Fiction?” in which he calculated that Admiral Peary had missed the pole by about 60 miles. Mr. Rawlins called the admiral’s claim a “navigational fantasy.”

Then, in 1985, Sir Wally, who wrote nine books on polar exploration, was invited to examine Admiral Peary’s diary and astronomical observations. The documents had not been made public since 1911.

In September 1988, the National Geographic Society, which had sponsored Admiral Peary’s expedition, published an article by Sir Wally in its magazine detailing navigational errors, suspect distance records and inexplicably blank pages in the admiral’s diary. Drawing on new knowledge of Arctic Ocean weather, currents and ice drift, he concluded that those factors and navigational mistakes had left Admiral Peary 30 to 60 miles from the pole.

Sir Wally was particularly concerned that Admiral Peary’s handwritten diary offered no record of his 30 hours near the pole. Several pages were blank, and the entry for April 6 made no mention of the pole. Instead, a loose leaf had been inserted, declaring, “The Pole at last!!!” Whether Peary actually made it to the pole, Sir Wally wrote, “can never be anything more than a probability.”

In 1989, however, the National Geographic Society commissioned the Navigation Foundation, a professional society, to examine the evidence. Based on an analysis of photographs, celestial sightings, ocean depth readings and other records, the foundation, in a 230-page report, concluded that Peary’s final camp had been within five miles of the pole. (info from The New York Times)
Posted by Michael N. Marcus at 5:46 AM