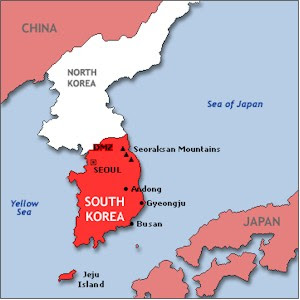 North and South Korea agreed Friday to launch cross-border rail service for the first time in more than half a century, the latest sign of improving relations between the two sides. Since the first summit meeting between the Koreas in 2000, the countries have moved to set aside decades of animosity and have dramatically increased economic ties to the point that the South is the North's No. 2 trading partner behind its communist ally China.

The service, which will be limited to freight transport, will have trains running along a 16-mile track across the heavily armed frontier to a joint industrial complex in the North's city of Kaesong.

Friday's agreement, reached after the first talks between the countries' prime ministers since 1992, also calls for the South to start building shipyards in North Korea and repairing a major highway and a railroad in the impoverished country next year. The two sides will also start setting up a joint fishing area around their disputed western sea border next year as part of efforts to prevent naval clashes around an area that saw deadly skirmishes in 1999 and 2000.

The move is part of a broader project to turn the disputed area into a "peace and cooperation zone," which would also create a special economic zone on the North's southwestern coast.

The two sides also agreed to hold prime ministers' talks every six months, with the next meeting to be held in the first half of next year in the North Korean capital, Pyongyang.

The railway opening is part of measures to give new impetus to the joint venture industrial park, where about two dozen South Korean companies run factories employing some 20,000 North Koreans.

The North also agreed Friday to allow South Koreans to use the Internet and cellphones inside the Kaesong area. Internet use in North Korea is normally limited to elite officials, part of the regime's policies to prevent normal citizens from receiving any information beyond the nationalist propaganda that dominates state-controlled media.

Visitors to North Korea are also required to hand over foreign cellphones upon entry, which are returned to them when they leave.

Other points of Friday's agreement include promoting cooperation in the farming, resources development and medical sectors, as well as more reunions of families separated between North and South.

The high-level talks come amid progress in international efforts to rid North Korea of its nuclear programs, with Pyongyang recently beginning to disable its sole operational nuclear reactor under a deal with the US, South Korea, China, Japan and Russia.

The two Koreas fought the 1950-53 Korean War that ended in a truce, not a peace treaty, which means that the sides are still technically at war. Their relations have warmed significantly since the first-ever summit in 2000, although the reconciliation process has often been overshadowed by the standoff over the North's nuclear weapons programs. (info from The Associated Press, map from SilkRoadAndBeyond)
Posted by Michael N. Marcus at 2:31 AM