2000: first US president elected by one vote 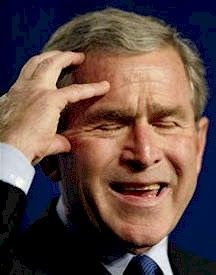 On election night, news media twice prematurely declared a winner in Florida based on exit polls, before deciding the race was too close to call.

Both candidates needed Florida's electoral votes to win the presidency. A month of court challenges and recounts folllowed, until the US Supreme Court halted recounts by ruling for Bush by a one vote majority.

Bush was certified as the winner in Florida by a margin of 537 votes, defeating Gore, who received more votes than Bush nationwide. It was the third time in American history that a candidate won the the Electoral College vote without winning the popular vote. (info from Wikipedia)
Posted by Michael N. Marcus at 2:42 AM

New York Times and the Miami Herald went back and did a recount saying Pres. Bush did indeed have more votes in Florida than Vice Pres. Gore.