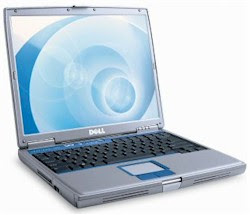 To the regret of music labels, fans are buying fewer and fewer full albums. In the shift from CDs to digital music, buyers can now pick the individual songs they like without having to pay $10 or more for an album.

In 2006, digital singles outsold plastic CDs for the first time. So far this year, sales of digital songs have risen 54 percent, to roughly 189 million units, according to data from Nielsen SoundScan. Digital album sales are rising at a slightly faster pace, but buyers of digital music are purchasing singles over albums by a margin of 19 to 1. Sales of albums, in either disc or digital form, have dropped more than 16 percent so far this year, a slide that music executives attribute to an unusually weak release schedule and shrinking retail floor space for music. Even though sales of individual songs, sold principally through iTunes, are rising, it has not been nearly enough to compensate.

Because of this shift in listener preferences, record labels are facing the loss of the album as their main product and moneymaker. They are re-examining everything from marketing practices to their contracts. Some new performers get contracts to record only ring tones or a few singles.

At the same time, the industry is straining to shore up the album as long as possible, in part by prodding listeners who buy one song to purchase the rest of a collection. Apple may offer iTunes users credit for songs they have already purchased if they buy the associated album. (Under Apple’s current practice, customers who buy a song and then the album pay for the same song twice).

But some analysts say they doubt that such promotions can reverse the trend.

“I think the album is going to die,” said Aram Sinnreich, managing partner at Radar Research, a media consulting firm based in Los Angeles. “Consumers are listening to play lists,” or mixes of single songs from an assortment of different artists.

All this comes as the industry’s long sales slide has been accelerating. Many music executives dispute the idea that the album will disappear. In particular, they say, fans of jazz, classical, opera and certain rock (bands like Radiohead and Tool) will demand album-length listening experiences for many years to come. But for other genres — including some strains of pop music, rap, R&B and much of country, where sales success is closely tied to radio air play of singles, the album may be entering its twilight.

“For some genres and some artists, having an album-centric plan will be a thing of the past,” said Jeff Kempler, chief operating officer of EMI’s Capitol Music Group. While the traditional album provides value to fans, he said, “perpetuating a business model that fixates on a particular packaged product configuration is inimical to what the Internet enables, and it’s inimical to what many consumers have clearly voted for.”

A decade ago, the music industry had all but stopped selling music in individual units. “Ca-singles” and 3-inch mini CDs that were intended to emulate the earlier success of the 45rpm single failed to catch on with music buyers. But now, four years after Apple introduced its iTunes service, individual songs account for roughly two-thirds of all music sales volume in the United States. And that does not count purchases of music in other, bite-size forms like ring tones, which have sold more than 54 million units so far this year.

One of the biggest reasons for the shift, is that PC-empowered consumers are forgoing album purchases after years of paying for complete CDs with too few songs they like.

In some ways, the current climate recalls the 1950s and to some extent, the 60s, when many popular acts sold more singles than albums. It took greatly influential works like The Beatles’ Sgt. Pepper’s Lonely Hearts Club Band and the Beach Boys’ Pet Sounds to turn the album into pop music’s dominant medium. Most earlier albums were “greatest hits” collections of previously released singles, but “Sgt. Pepper” helped make the album a new art form with a unified structure – one of the first “concept” albums.

With today’s production costs and flexible purchasing, an album like “Sgt. Pepper” might not be made. It is often cited as the Beatles’ best work and the most influential album of all time, and was ranked #1 on Rolling Stone's The 500 Greatest Albums of All Time. Now people buy music one 99-cent track at a time, and perhaps "With a Little Help from My Friends" or "Lovely Rita" would be downloaded many more times than "Being for the Benefit of Mr. Kite!" (info from The New York Times and other sources)
Posted by Michael N. Marcus at 5:47 AM