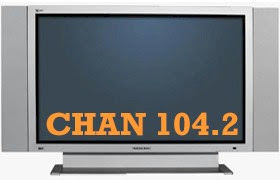 Last year, for the first time, the number of television channels available in the average American home reached the 100 mark, according to figures released by the Nielsen Media Research, which provides TV viewership statistics that are used to help determine if a show is a hit or a dud.

As digital cable and satellite TV have become more widely available, the number of channels available to U.S. homes has skyrocketed. In 2000, for instance, the average home had 61.4 channels, and in 1995, the number was 41.1.

General dramas still dominate the broadcast networks program lineups, comprising 50% (67 of 134) of the primetime programs, an increase of four programs from 2005 to 2006.