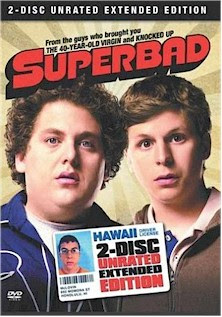 The DVD businesses, one of the movie industry's biggest sources of profits, is expected to post a year-over-year sales decline for the first time since the format's rise a decade ago. Sales, which were flat a year ago at around $16 billion, were down over 4% through the end of November, and analysts expect a full-year drop of around 2%.

Total home video revenues, which include sales and rentals of both DVD and VHS, are forecasted at around $23 billion, down from $24 billion in 2006.

Even though the industry still has a number of heavy hitters on the way, including the latest installments of Pirates of the Caribbean, Bourne and Harry Potter, and the film adaptation of The Simpsons, they would have to power a big surge in total DVD unit sales just to break even with last year.

"Blockbuster films are generating fewer DVD unit sales than in previous cycles," he said. "Where a big picture used to sell 20 million units, top movies now struggle to reach 10 million units." He estimates that Spider-Man 3 will sell fewer than 5 million units. The last installment sold 5 million on its first day.

While theatrical distribution generates the biggest gross revenue for movie studios, DVD sales make the most money. That's because box office receipts are split evenly with movie theater operators, while studios keep all the revenue from DVD sales.

The DVD drop isn't unexpected. Some analysts at the end of last year were forecasting a 2007 decline due to saturation, advances in technology like video-on-demand, Internet downloading, and growing competition from video games and other entertainment. (info from The New York Post)
Posted by Michael N. Marcus at 3:58 AM

Reading these kind of posts reminds me of just how technology truly is undeniably integral to our lives in this day and age, and I can say with 99% certainty that we have passed the point of no return in our relationship with technology.


I don't mean this in a bad way, of course! Ethical concerns aside... I just hope that as the price of memory falls, the possibility of uploading our brains onto a digital medium becomes a true reality. It's a fantasy that I dream about all the time.