1967: interracial marriage legal in all states 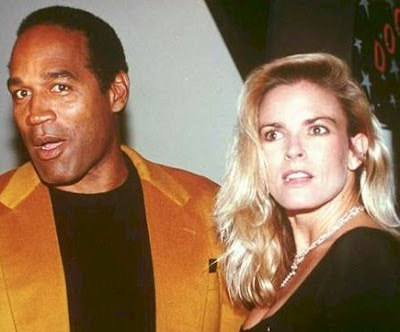 Southern colonies outlawed interracial marriage in the 1690's. Wyoming was the last state to prohibit it, in 1913. It joined 41 other states, every state where the black population reached 5 percent.

Though some states had repealed their anti-miscegenation laws before the Civil War, 16 still had them by the time the US Supreme Court declared them unconstitutional in 1967. (info from The New York Times; photo of O. J. Simpson and wife/alleged murder victim Nicole Brown Simpson from judiciaryreport.com)
Posted by Michael N. Marcus at 4:13 AM