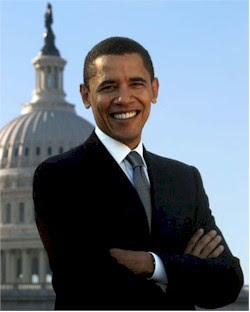 Barack Obama became the first candidate to reject $85 million in public money for the presidential election. The decision will allow him to raise and spend as much as he wants - and, thus, implement his strategy to expand the Electoral College playing field.

Shortly after announcing that he would rely on his vast network of private donors, Obama launched a bold new advertising campaign that signaled a desire to compete in a mix of traditional battleground states and Republican strongholds while trying to win over independents and disaffected Republicans after eight years of President Bush.

Obama is seeking to become the first black president and race has proved a hurdle; he reminds voters he's of mixed race with pictures of his white Kansas mother and grandparents though none of his black Kenyan father. He also emphasizes his modest, middle-class upbringing, an attempt by the Harvard-educated senator to counter the notion that he's an elitist and to connect with working-class voters who largely preferred rival Hillary Rodham Clinton during the primaries. With a flag pin on his lapel, Obama tries to allay concerns about his patriotism as well.

With his newfound financing freedom, Obama intends to test his theory that his appeal allows him to make Democrats competitive in states the party typically ignores, particularly in the South and Mountain West, and thereby give Democrats a better chance to rack up the 270 electoral votes needed to win the White House.

It's possible that Obama doesn't expect to be competitive in all of his initial target states come the fall. He may simply be going on the air in some of them now to see whether he can move poll numbers to close any advantage the Republican candidate, John McCain, may have simply because he's a Republican. At the very least, Obama can force McCain, who will accept public funding and the spending limits that come with it, to spend money in states Republicans have long viewed as safe.

McCain, for his part, is running ads in 11 states, most of which are states where Obama also now is on the air. Overall, Obama's decision to opt out of the Watergate-era public financing system puts him at huge advantage over McCain, who is lagging in fundraising.

With his announcement, the Democrat reversed an earlier stance.

In a questionnaire last year, Obama answered "yes" when asked: "If you are nominated for president in 2008 and your major opponents agree to forgo private funding in the general election campaign, will you participate in the presidential public financing system?" He added: "I will aggressively pursue an agreement with the Republican nominee to preserve a publicly financed general election."

"A million dollars a day doesn't look to me like chicken feed," said Michael Malbin, director of the nonpartisan Campaign Finance Institute, who said the system likely would have worked well again this year.

Malbin also said there's been no development within the financing system that could account for Obama changing his mind.

By rejecting the public money, Obama can now raise millions just as he has in the primary campaign. As of the end of April, he had amassed more than $265 million in contributions. He was expected to reveal his May fundraising in a report to the Federal Election Commission on Friday.

McCain, on the other hand, had raised only $115 million as of the end of May. Both candidates rejected public financing for the primaries, allowing them to raise and spend money until their party conventions in late summer.

On Thursday, McCain said he will accept the public money, which means he can't accept private contributions for his campaign.

Still, Obama's clear financial advantage over McCain is offset in part by the resources of the Republican National Committee, which has far more money in the bank than its Democratic Party counterpart. Both national parties can spend money on behalf of the presidential candidates. (info from The Associated Press)
Posted by Michael N. Marcus at 4:57 AM