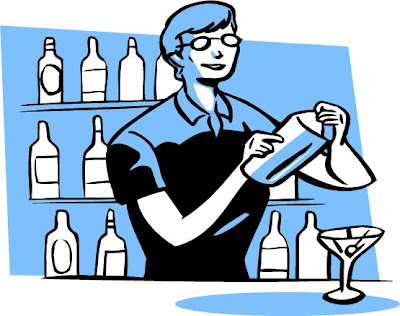 After a quarter century of illegal drinking -- what cynics called "liquor by the wink" -- in 1984 Oklahoma prepared to accept what it had been doing all along and voted to allow legal sale of liquor by the drink.

In two statewide votes on the same issue, in 1972 and 1976, constitutional amendments to allow sale of liquor by the drink were defeated by substantial margins. A third attempt, in 1980, never made it to the ballot stage because of a legal challenge. A similar effort to block the vote by legal means was made this time, but a court turned it aside.

The vote did not directly permit sale of liquor by the drink, but instead authorized the Legislature to draft enabling legislation to allow each of the state's 77 counties to conduct a separate referendum on the issue.

The vote was on an amendment to replace a provision in the Oklahoma Constitution that banned sale of any alcohol by the drink except for beer with an alcohol content no higher than 3.2 percent.

Even as voters were going to the polls Tuesday, "private clubs," served drinks throughout the day. Under law, such clubs are allowed to serve patrons from the patron's own bottle, purportedly bought at a state-licensed liquor store. But in practice the customer simply buys his drink and pays for it, thus "liquor-by-the-wink."

Proponents of legalizing barroom sales used the slogan, "Let's Be Honest," while opponents based their appeal on the dangers alcohol poses to health and society, particularly for drunken driving.

However, that argument appeared to have been blunted by statistics showing the state, under the present system, already ranks sixth in the nation in the number of highway deaths per capita, and 10th in arrests per capita for drunken driving.

Oklahoma was the last state to repeal prohibition, in 1959, and had never in its history as a state allowed open saloons.

The passage of the referendum, despite defeats in the past, may have been due as much to demographic changes as changes in attitude. Since the last vote in 1976, some 600,000 new voters have been added to the rolls, most either young or newcomers to the state from places where liquor laws are more liberal.

Also, Oklahoma had undergone a dramatic economic reversal because of the sharp decline in oil and gas revenues. Thus revenues from legal taxed sale of liquor by the drink and also from the increased tourism the change is expected to encourage, became increasingly important. (info from The New York Times)
Posted by Michael N. Marcus at 11:07 AM