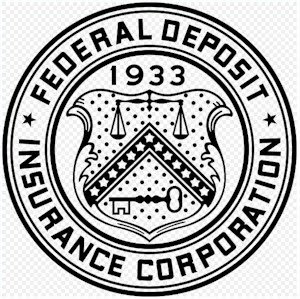 When new president Franklin Delano Roosevelt was inaugurated in March 1933, banks in all 48 states had either closed or had placed restrictions on how much money depositors could withdraw. FDR's first act as President was to declare a national "bank holiday" – closing the banks for a three-day cooling off period. The most memorable line from the President's speech was directed to the bank crisis – "The only thing we have to fear is fear itself."

Some economists and historians have argued that the bank crisis caused the Great Depression. But others have looked at fundamental economic factors and regional histories and argued that banks failed as a result of the economic collapse.

Whether the fear of bank failures caused the Depression or the Depression caused banks to fail, the result was the same for people who had their life savings in the banks – they lost their money. At the beginning of the 30s, there was no such thing as deposit insurance. If a bank failed, you lost the money you had in the bank.

The Federal Deposit Insurance Corporation (FDIC) is a United States government corporation created by the Glass-Steagall Act of 1933, inspired by the Massachusetts Depositors Insurance Fund (DIF). The FDIC provides deposit insurance which guarantees the safety of checking and savings deposits in member banks, currently up to $250,000 per depositor per bank.

On January 1, 2010, the standard coverage limit will return to $100,000 for all deposit categories except IRAs and Certain Retirement Accounts, which will continue to be insured up to $250,000 per owner.

The FDIC insures accounts at different banks separately. For example, a person with accounts at two separate banks (not merely branches of the same bank) can keep $250,000 in each account and be insured for the total of $500,000. Also, accounts in different ownerships (such as beneficial ownership, trusts, and joint accounts) are considered separately for the $250,000 insurance limit. Under the Federal Deposit Insurance Reform Act of 2005, Individual Retirement Accounts are insured to $250,000. (info from LivingHistoryFarm.org and Wikipedia)
Posted by Michael N. Marcus at 6:08 AM