1939: first US woman to get jockey license 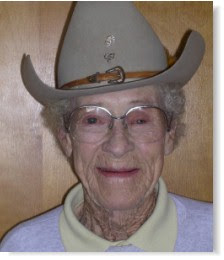 Anna Lee Aldred, the first woman in the United States to receive a jockey's license and a member of the National Cowgirl Hall of Fame, was born in Montrose, Colorado in 1921. She began riding horses at an early age. The daughter of a horse trainer and racer, and sister of two famed rodeo riders, she won her first pony race at the age of six.

In 1939, when she was 18, she received her professional jockey's license. The license, a small wooden badge, is on display at the National Cowgirl Museum and Hall of Fame in Fort Worth. She was inducted into the Hall of Fame in 1983.

Accepted into the previously all-male profession when officials couldn’t find any rules prohibiting women from racing, she also had to prove her ability to handle a horse on the racetrack. From 1939 to 1945 –- until she grew too big at five feet, five inches and 118 pounds -- she was a tough competitor who raced against both male jockeys and the women who followed her.

Aldred retired from racing by 1945 and opened a riding school in California. After leaving professional racing, she spent five years as a rodeo trick rider, sometimes standing atop the saddle or hanging by her foot from the side of a running horse. Until the age of 80 when she broke a hip, she continued to ride, often working as a “pony boy” assisting jockeys at the Montrose fairgrounds and riding at the opening of the annual fair. She died in 2006 at the age of 85.

Whoever owns this blog, I would like to say that he has a great idea of choosing a topic.