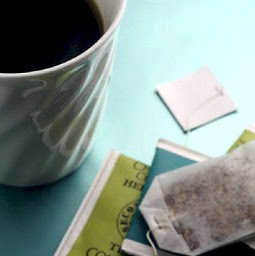 Tea is one of the most widely-consumed beverages in the world, second only to water. It has been drunk worldwide for thousands of years, starting in China.

In one popular Chinese legend, Shennong, the legendary Emperor of China, inventor of agriculture and Chinese medicine, was drinking a bowl of boiling water, some time around 2737 BCE. The wind blew and a few leaves from a nearby tree fell into his water and began to change its colour. The inquisitive and curious monarch took a sip of the brew and was pleasantly surprised by its flavor and its restorative properties. A variant of the legend tells that the emperor tested the medical properties of various herbs on himself, some of them poisonous, and found tea to work as an antidote.

In 59 BCE, Wang Bao wrote the first known book providing instructions on buying and preparing tea, establishing that, at this time, tea was not only a medicine but an important part of diet.

The traditional method of making a cup of tea is to place loose tea leaves, either directly, or in a tea infuser, into a tea pot or teacup and pour hot water over the leaves. After a couple of minutes the leaves are usually removed again, either by removing the infuser, or by straining the tea while serving.

The first tea bags were made from hand-sewn silk muslin bags and tea bag patents of this sort exist dating as early as 1903. First appearing commercially around 1904, tea bags were successfully marketed by tea and coffee merchant Thomas Sullivan in New York, who shipped his tea bags around the world. Modern tea bags are usually made of paper fiber.

Tea bag paper is related to paper found in coffee filters. It is made with a blend of wood and vegetable fibers. The vegetable fiber is bleached pulp abaca hemp, a small plantation tree grown for the fiber, mostly in the Philippines and Colombia.

Traditionally, tea bags have been square or rectangular in shape. More recently circular and pyramidal bags have come on the market, and are often claimed by the manufacturers to improve the quality of the brew. This claim, however, only holds with a proper preparation. Certainly preparations of tea with a teabag in a cup often results in poor infusion time.

Tea bags have evolved from the traditional square, to the circular and finally the pyramidal shape, with less adhesive used to seal the bags in each stage. It could be surmised that the development is not to improve the quality of the brew, but to reduce the cost of producing the bags.

Empty tea bags are also available for consumers to fill with tea leaves. These are typically an open-ended pouch with a long flap. The pouch is filled and the flap is closed to retain the tea. The resulting tea bag combines the ease of use of a commercially-produced tea bag with the wider tea choice and better quality control of loose leaf tea.

Because of the convenience of tea bags, a wide variety of herbs can be purchased as "tea bag cut", a grade which is specified in terms of the particle size, typically with the bulk of the leaves around 1 - 1.5 mm.

The nylon pyramidal teabag containing tea leaf fragments instead of the tea "detritus" or dust made an appearance in the marketplace for aficionados. The pyramidal shape allows more room for the leaf to steep. Environmentalists prefer silk to nylon because of health and biodegradability issues. (info from Wikipedia)
Posted by Michael N. Marcus at 4:30 AM

I agree with you about these. Well someday Ill create a blog to compete you! lolz.