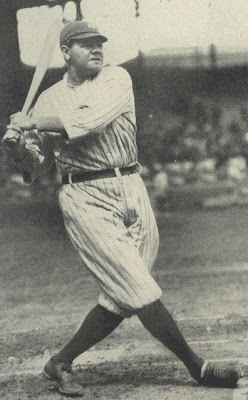 It's official: the Curse of the Bambino is now over.

The Curse of the Bambino was a superstition cited, often jokingly, as a reason for the failure of the Boston Red Sox baseball team to win the World Series in the 86 year period from 1918 until 2004.

Prior to the Curse, the Boston Red Sox was one of the most successful professional baseball franchises, winning the first ever World Series in 1903, and amassing five World Series titles by 1918.

The Curse was said to have begun after the Red Sox sold Babe Ruth, sometimes called The Bambino, to the New York Yankees at the end of 1919. The flip side of the Curse was New York's success after the sale, the once-lackluster Yankees became one of the most successful franchises in North American professional sports. While some fans took the Curse seriously, most used the expression in a tongue-in-cheek manner.

It was such a part of Boston culture that when a road sign on the city's much-used Storrow Drive was vandalized from "Reverse Curve" to "Reverse The Curse", officials left it in place until after the Red Sox won the Series.

Although the title drought dates back to 1918, the sale of Ruth to the Yankees was completed January 3, 1920. In standard Curse lore, Red Sox owner and theatrical producer Harry Frazee used the proceeds from the sale to finance the production of a Broadway musical, usually specified as No, No, Nanette. In fact, Frazee backed many productions before and after Ruth's sale, and "Nanette" did not debut until five years after the Ruth sale and two years after Frazee sold the Red Sox. In 1921, Red Sox manager Ed Barrow left to take over as GM of the Yankees. Other Red Sox players were later sold or traded to the Yankees as well.

Prior to Ruth leaving Boston, the Red Sox had won five of the first fifteen World Series, with Ruth pitching for the 1916 and 1918 championship teams. (He was with the Sox in the Series in 1915 but the manager used him only once, as a pinch-hitter; he did not pitch in that Series.) The Yankees did not play in any World Series up to that time. In the ensuing 84 years after the sale, the Yankees played in 39 World Series, winning 26 of them, twice as many as any other team in Major League Baseball. Meanwhile, over the same time span, the Red Sox played in only four World Series and lost each in seven games.

Red Sox fans attempted various methods over the years to exorcise their famous Curse. These included placing a Boston cap atop Mt. Everest and burning a Yankees cap at its base camp; hiring professional exorcists and Father Guido Sarducci to "purify" Fenway Park; and finding a piano owned by Ruth that he had supposedly pushed into a pond near his Home Plate Farm in Sudbury, MA.

Some declared the Curse broken in 2004 when a foul ball hit by Manny Ramirez struck a boy's face, knocking out two teeth. The boy (16-year-old Lee Gavin, a Boston fan whose favorite player was and remains Ramirez) lives on the Sudbury farm once owned by Ruth.

That same day, the Yankees suffered their worst loss in team history, a 22-0 clobbering at home against the Cleveland Indians.

Some fans also cite a comedy Curse-breaking ceremony performed by musician Jimmy Buffett and his warm-up team (one dressed as Ruth and one dressed as a witch doctor) at a Fenway concert in September 2004.

Some believe the Curse was transfered to the Yankees when it was decided to tear down Yankee Stadium, "The House that Ruth Built." The Yankees officially announced the New Yankee Stadium in June 2005. (info from Wikipedia)