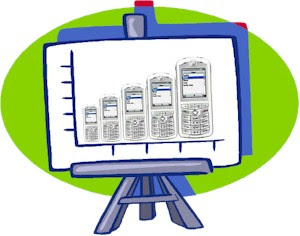 According to marker research firm IDC, the worldwide cellphone market reached a new milestone in 2006, with more than one billion phones sold by manufacturers.

An IDC spokesman said, "It was not long ago that shipments into mature markets, including Japan, North America, and Western Europe, consumed the majority of devices shipped worldwide. More recently, however, device shipments into emerging economies in Asia/Pacific, Central and Eastern Europe, the Middle East, Africa, and Latin America have surpassed shipments to mature markets, and the difference between the two continues to grow."
Posted by Michael N. Marcus at 4:35 AM