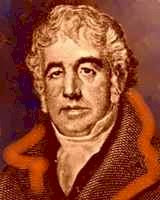 In its native Central America and South America, rubber has been collected for a long time. Early civilizations played with rubber balls, and coated clothing and footwear to make them waterproof. Rubber was used for other purposes, such as strips to hold stone and metal tools to wooden handles, and padding for tool handles.

Spanish Conquistadores were so astounded by the vigorous bouncing of the rubber balls of the Aztecs that they wondered if the balls were enchanted by evil spirits. The Maya made a type of temporary rubber shoe by dipping their feet into latex.

A story says that the first European to return to Portugal from Brazil with samples of water-repellent rubberized cloth so shocked people that he was charged with witchcraft.

When samples of rubber first arrived in England, it was observed by Joseph Priestley, in 1770, that the material was extremely good for rubbing out pencil marks on paper, hence the name.

Unfortunately, the rubber used for waterproofing by Mayas and Incas had some serious flaws, it got hard and brittle in cold weather, and soft and sticky in hot weather.

In 1823, Scottish chemist Charles Macintosh patented a method for making waterproof garments by using rubber dissolved in coal-tar naphtha for cementing two pieces of cloth together.

Macintosh's original intention was to make tarpaulins, but tailors started using the fabric for raincoats. The trouble was when they sewed the fabric it let rain in through the needle holes.

To save his reputation from disgruntled raincoat consumers, Macintosh started making coats with waterproofed seams. He added a tartan lining and had a rainproof coat. It was hot, however, and metal eyelets were installed under the armpits for ventilation in 1851. The original raincoats were yellow with capes, the kind still worn by police officers during rainstorms.

(info from About.com, Wikipedia, askandyaboutclothes.com)
Posted by Michael N. Marcus at 5:41 AM