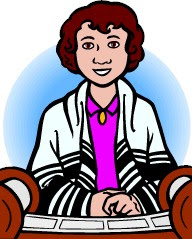 Judith Kaplan earned degrees in music education from Columbia University, and taught musical education and the history of Jewish music at the Jewish Theological Seminary of America. In 1959, at age 50, she entered the School of Sacred Music of Hebrew Union College, obtained her Ph.D. and taught there until 1979. By the time of her death in 1996, she had composed a significant body of original liturgical music, created a radio series on the history of Jewish music and wrote several books. (Info from Jewish Virtual Library, Wikipedia and other sources.)
Posted by Michael N. Marcus at 4:16 AM