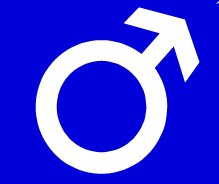 Charles "Chick" Lennon received a Dura-II penile implant in 1996, about two years before Viagra went on the market. The implant is designed to allow impotent men to position the penis upward for sex, then lower it. It consists of a series of plastic plates strung together with steel surgical wire, almost like a roll of wrapped coins. Springs press against the plates, creating enough surface tension to simulate an erection.

But Lennon could not position his penis downward. He said that because of a defective implant, he could no longer hug people, ride a bike, swim or wear bathing trunks because of the pain and embarrassment. He became a recluse and was uncomfortable being around his grandchildren, said his attorney Jules D'Alessandro. "I don't know any man who for any amount of money would want to trade and take my client's life. He's not a whole person."

Lennon cannot get the implant removed because of health problems, including open-heart surgery, the lawyer said. Impotence drugs could not help Lennon even if he were able to have the device taken out, because tissue had be to removed for it to be implanted.

In 2004, a jury awarded him $750,000. A judge called that excessive and reduced it to $400,000. Later the Rhode Island Supreme Court affirmed that award in a ruling that turned on a procedural matter.

Dacomed maintained that nothing was wrong with the implant. Dacomed was later acquired by a California company whose sales dropped when Viagra was introduced. The company filed for bankruptcy the following year. The medical device maker's insurance company argued that since the device's now-defunct manufacturer, Dacomed Corp., can't be held liable for the device, it can't be either.

In a recent interview, Lennon said "I'm suffering with it right now", he said. "It never stops. It's like a constant headache." (info from The Associated Press)
Posted by Michael N. Marcus at 2:00 PM