1860-something: First presidential pardon
of a turkey 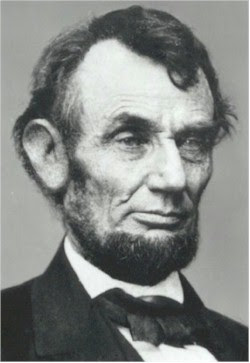 Each year the President of the United States officially grants a pardon to a bird fortunate enough to be selected as the National Thanksgiving Turkey. This somewhat odd tradition has evolved through the years, with its earliest roots dating back to the Lincoln administration.

Although the details are not documented, apparently President Lincoln spared the life of a turkey named Jack because his son wanted to keep it as a pet. Later presidents were intermittently presented with both live and dead turkeys for Thanksgiving.

In 1961, however, President Kennedy spared the life of that year's 55-pound tom turkey, saying "We'll just keep him," at which point the reprieved bird was returned to his farm home.

In addition to the chosen turkey, there is also a National Thanksgiving Turkey first runner up, in case the winner is not able to fulfill its duties for some reason. Both the winner and the runner up receive pardons, and for 15 years were retired to live out a life of leisure at a Virginia park, ironically named Frying Pan Park. In 2005 the winners, reminiscent of celebrity athletes, were chosen to go to Disneyland in California to "strut their stuff" as honorary Grand Marshals for the annual Disneyland Thanksgiving Day Parade.

In 2003, the White House launched a contest on its website for naming the National Thanksgiving Turkey by democratic process. Members of the National Turkey Federation, who previously selected names for the turkeys, provide several name choices and visitors to the web site are able to cast votes for their favorites. Winning names for the pair have included such names as Stars and Stripes, Biscuits and Gravy and Marshmallow and Yam. (info from About.com)
Posted by Michael N. Marcus at 6:43 AM