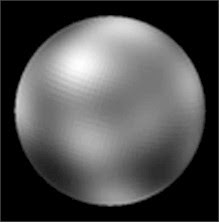 Pluto was discovered in 1930 by American astronomer Clyde Tombaugh. It was regarded as the ninth planet from the sun in our Solar System.

Astronomers later found many similar objects in the outer solar system, and on August 24, 2006 the International Astronomical Union defined the term "planet" for the first time. Their definition excluded Pluto, which was then reclassified under the new category of dwarf planet.