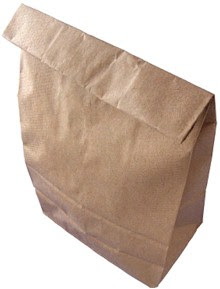 Before Margaret Smith got involved, paper bags were like giant envelopes. Knight was an employee in a paper bag factory when she invented a device that would automatically fold and glue paper bags with square bottoms, so they'd hold more and stand up by themselves.

Male co-workers reportedly refused her advice when installing the equipment because they thought a woman couldn't know anything about machines. Knight can be considered the mother of the grocery bag, and founded the Eastern Paper Bag Company in 1870.

Knight was born in 1838. She received her first patent at the age of 30, but inventing was always part of her life. She made sleds and kites for her brothers while growing up in Maine. She went to work in the Amoskeag cotton mills when she was nine years old. When, at the age of twelve, she saw a fellow worker badly injured, she invented a device to quickly stop the machinery; and the owner put it to use.

Knight is considered a "female Edison," and received some 26 patents for such diverse items as a window frame and sash, machinery for cutting shoe soles, and improvements to internal combustion engines. She is believed to have made twice as many other inventions that were not patented. Margaret Knight's paper bag machine design is still in use, and her original machine is in the Smithsonian. Info from About.com and the University of Houston)
Posted by Michael N. Marcus at 4:17 AM