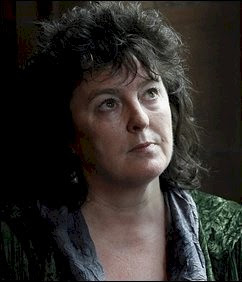 Carol Ann Duffy has been appointed as Poet Laureate of the United Kingdom. She is the first woman, the first Scot and the first openly gay poet to take the post.

Duffy will succeed Andrew Motion. Ten years ago Duffy lost out to Motion, and it is believed that her sexuality was the reason. The latest offer is thought to have been made after approval from the Queen and Prime Minister.

Duffy said, "Poetry matters to people in this country, poetry is a place we can go to for comfort, celebration, when we're in love, when we're bereaved and sometimes for events that happen to us as a nation. Poetry comes from the imagination, from memories, from experience, from events both personal and public so I will be following the truth of that and I will write whatever needs to be written. The ministry of culture and the palace made it very clear, particularly the palace, that there is no expectation or requirement at all to write royal poems and the same with government people. I don't have to write anything about anything if I don't want to."

"Like all the poets, I would only ever write poems that are truthful, from an authentic source, whether that's private or public. It's not a job. I have been able to relinquish myself from any financial commitment by giving the money to the Poetry Society to establish a prize so I'll just continue reading my poems and writing my poems as I always have. People know who I am, they know my life and they know that I'm truthful and I can only be myself, be true to myself, and be seen to live my life as myself and as a vocational poet. "I think we've all grown up a lot over the past 10 years. Sexuality is something that is celebrated now we have civil partnerships and it's fantastic that I'm an openly gay writer, and anyone here or watching the interviews who feels shy or uncomfortable about their sexuality should celebrate and be confident and be happy. It's a lovely, ordinary, normal thing."

A Poet Laureate is a poet officially appointed by a government and is often expected to compose poems for government events.

In the United Kingdom the term has for centuries been the title of the official poet of the monarch, since the time of Charles II. Poets laureate are appointed by many countries. In Britain there is also a Children's Laureate and in the United States there is a Student Poet Laureate.

The title of Poet Laureate, as a royal office, was first conferred on John Dryden in 1670. The post then became a regular institution. Dryden's successor Shadwell originated annual birthday and New Year odes. The poet laureate became responsible for writing and presenting official verses to commemorate both personal occasions, such as the monarch's birthday or royal births and marriages, and public occasions, such as coronations and military victories.

His activity in this respect has varied according to circumstances, and the custom ceased to be obligatory after Pye's death. The office fell into some contempt before Southey, but took on a new luster from his personal distinction and that of Wordsworth and Tennyson. Wordsworth stipulated, before accepting the honor, that no formal effusions from him should be considered a necessity; but Tennyson was generally happy in his numerous poems of this class.

On Tennyson's death there was a considerable feeling that no possible successor was acceptable, William Morris and Swinburne being hardly suitable as court poets. Eventually, however, the undesirability of breaking with tradition for temporary reasons, and thus severing the one official link between literature and the state, prevailed over the protests against allowing anyone of inferior genius to follow Tennyson. It may be noted that abolition had been similarly advocated when Warton and Wordsworth died. Edward Gibbon had condemned the position's artificial approach to poetry.

The salary has varied, but traditionally includes some alcohol. Ben Jonson first received a pension of 100 marks, and later an annual "terse of Canary wine". Dryden had a pension of £300 and a butt of Canary wine. Pye received £27 instead of the wine. Tennyson drew £72 a year from the Lord Chamberlain's department, and £27 from the Lord Steward's "in lieu of the butt of sack". Duffy will receive and give away about 5,700 pounds ($8,500). (info from The Guardian & Wikipedia)
Posted by Michael N. Marcus at 11:55 AM