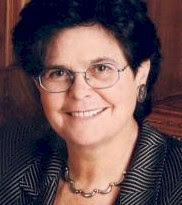 It was in Switzerland.

An outspoken and strong feminist, Switzerland’s first Jewish member of the Federal Government and first woman president Ruth Dreifuss was born in 1940. The Dreifuss family was among the oldest in Switzerland.

The uncertainties of living so close to the border with Nazi Germany, combined with the loss of professional opportunities in World War II, led the family to move to Bern in 1942. After the war, the family established itself in Geneva where Dreifuss finished school in 1958. She began her working life as a hotel secretary.

After studying social work, she served as a deputy editor of Coopération, the weekly publication of the Swiss Union of Cooperatives, the biggest consumer cooperative in Switzerland. She studied economics and econometrics at the University of Geneva, earning her degree in 1970. From 1970 to 1972 she was on the faculty of the university’s Department of Economic Social Studies. She then worked for ten years on overseas development and cooperative projects in the Swiss Ministry of Foreign Affairs.

Involved in politics as a member of the Social Democrat Party since 1965, she was elected in 1981 as general-secretary of the Swiss Federation of Trade Unions —- the first woman in this position -— dealing with social insurance, labor laws, promotion of women’s rights and relations with the International Labor Organization (ILO).

From 1989–1992 she served as a member of the Bern City Council. In 1993 she was elected by the Swiss Parliament to the seven-member Federal Council, the second woman and the first Jewish woman to serve on this body.

For ten years she held the post of Minister for Domestic Affairs, presiding over extensive reforms in health, social security and pension services. A strong advocate of women’s issues, Dreifuss fought for general paid maternity leave, which was finally introduced into federal legislation in 2004.

During her time in the Swiss cabinet, Switzerland became a full member of the United Nations. She also took an active role in the process of investigating Switzerland’s role during World War II and in the discussions between Switzerland, the World Jewish Congress and the American authorities regarding funds of Jewish Holocaust victims held in Swiss bank accounts.

In 1997 she served as Vice President of the Swiss Federal Council and in 1999 took over as President of the Swiss Confederation —- the first woman and the first Jew to hold this office. This was considered a significant personal achievement in Switzerland, where women received the right to vote only in 1971 and which was the last country in Western Europe to recognize Jewish rights.

Since leaving the government Dreifuss has continued to live in Geneva, where she maintains her involvement in public affairs. In 2004, the World Health Organization asked her to chair the Commission on Intellectual Property Rights, Innovation and Public Health. She has been recognized widely for her political achievements; among other accolades she was awarded honorary doctorates by Haifa University in 1999 and by the Hebrew University in Jerusalem in 2000. (info from Jewish Women's Archive)
Posted by Michael N. Marcus at 6:10 AM