2009: soap opera Guiding Light is turned off after 72 years 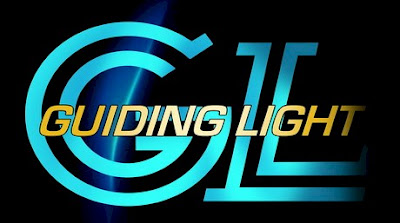 CBS announced yesterday that the longest-running scripted program in broadcasting history, the soap opera “Guiding Light,” will be canceled in September. The show has been on the air for 72 years, beginning on NBC radio in 1937 and moving to CBS television in 1952.

The move came after many years of steeply declining ratings for the hourlong soap, which is owned by Procter & Gamble and thus was a link to the earliest days of daytime serial dramas on radio. The shows were commonly called soap operas because soap companies sponsored them.

A spokeswoman for P&G, Jeannie Tharrington, said the company would seek to place “Guiding Light” elsewhere. “We’re looking at all our options,” she said. “This show started as a 15-minute radio show, and then it was a half-hour television show, so it has adapted over the years.”

Tharrington said P&G would look to any possible outlet to continue the series. A canceled NBC soap, “Passions,” moved for a time to the satellite service DirecTV, but it failed there.

CBS president, Nancy Tellem, said, “It was not an easy decision to make, but we talked it over with our partners at Procter & Gamble, and we agreed it was time.”

The biggest star in the show’s current cast is Kim Zimmer, a four-time Emmy winner for best actress in a daytime serial. Another star, Justin Deas, has won six Emmys for his acting. The show also provided breakthroughs for many well-known actors, including Kevin Bacon, James Earl Jones, Calista Flockhart, Allison Janney and Cicely Tyson. “Guiding Light” claims the distinction of being the first network soap to introduce regular African-American characters, in 1966.

CBS and the producers of “Guiding Light” — which is shot on the East Coast, in the CBS Broadcast Center in Manhattan and on location in NJ — had taken several steps in recent years to keep the series alive, especially in switching the production to a digital format.

The changes resulted in a look vastly different from the traditional soap, with more camera movement, more muted lighting and much more use of outside locations. The moves saved considerable money,but not enough to save the series.

ABC’s top soap, “General Hospital,” averages about 2.97 million viewers, and NBC’s only soap, “Days of Our Lives,” has about 2.76 million, though those shows have much younger audiences, making them more desirable to many advertisers.

When “Guiding Light” ends, another CBS soap, “As the World Turns” — also shot in New York — will become the longest-running daytime serial drama. It started in 1956. (info from The New York Times)
Posted by Michael N. Marcus at 9:24 AM

The Peterman's Eye community is discussing all things SOAP today....including the cancellation of Guiding Light. Thought I'd share!