1849: first Chinese restaurant in the US 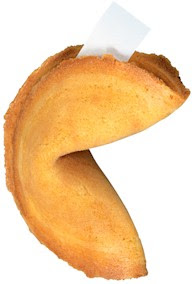 McDonalds opened in China in late 2005, but apparently the first US Chinese restaurant was opened in 1849 in San Francisco.

Chinese food arrived in America in the mid-1800s with laborers imported to work the California gold rush. By the 1890s, Chinese restaurants had opened in big cities on both coasts. Most early Chinese immigrants were from Canton, in southern China, and brought that city's cuisine. As Chinese cooks adapted to their new land, they came up with new dishes, including chop suey, chow mein, egg foo young, and the fortune cookie.

Chinese-American cuisine changed after 1965, when increased immigration from Asia was permitted. Spicier Sichuan and Hunan dishes from northern Chinese provinces, began replacing former Cantonese favorites. New immigrants sought opportunities throughout the US. For example, in 1971 there were 28 Chinese restaurants in Utah. Now there are more than 250. (info from U.S. News & World Report, and other sources)
Posted by Michael N. Marcus at 6:58 AM