2009: End of the Seattle Post-Intelligencer as a printed newspaper 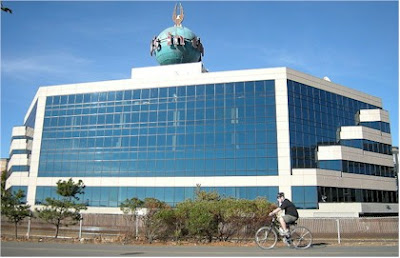 The Post-Intelligencer, Seattle's first newspaper, was founded in 1863 as the Seattle Gazette. The paper failed after a few years and was renamed the Weekly Intelligencer in 1867 by the new owner. In 1881, The Intelligencer merged with the Seattle Post. The names were combined to form the present-day name.

William Randolph Hearst took over the paper in 1921. The Hearst Corporation owns the P-I now.

Franklin and Eleanor Roosevelt had a special relationship with the P-I. In 1936, their son-in-law John Boettiger took over as publisher. He brought his wife Anna, the Roosevelts' daughter, to also work at the paper. Anna became editor of the women's page. Boettiger left Seattle to enter the Army in the spring of 1943, while Anna stayed at the paper to keep a liberal voice in running the paper. After Boettiger's absence, the paper increasingly turned conservative with Hearst's new acting publisher. Anna left Seattle in late 1943 to live in the White House with her youngest child. This effectively ended the Roosevelt-Boettiger ties with the P-I.

On December 15, 2006, no copies were printed as a result of a power outage caused by the December 2006 Pacific Northwest storms. It was the first time in 70 years that publication had been suspended.

On January 9, 2009, the Hearst Corporation announced that after losing money on it every year since 2000, Hearst was putting the P-I up for sale. The paper would be put on the market for 60 days, and if a buyer could not be found within that time, the paper would either be turned into a Internet-only publication with a drastically reduced staff, or closed outright.

Analysts said that, considering declining circulation in the US newspaper industry and the presence of multiple other newspapers that were on the market but going unsold, it was unlikely that a buyer would be found within 60 days. Five days before the 60 day deadline, the P-I reported that the Hearst Corporation had given several P-I reporters provisional job offers for an online edition of the P-I.

On March 16, 2009, the newspaper posted a headline on its front page, followed shortly after by a short news story, that explained that the following day's edition would be its final one in print. The newspaper's publisher, Roger Oglesby, was quoted saying that the P-I would continue as an online-only operation. The P-I is among the most heavily trafficked newspapers in the US., and in 2009 was regularly exceeding the page views and unique visitors of its competitor, the Seattle Times.

Since 1983, the P-I and the Times have been run under a "Joint Operating Agreement" (JOA) whereby advertising, production, marketing, and circulation are run for both papers by the Seattle Times Company. They maintain separate news and editorial departments. The papers publish a combined Sunday edition, although the Times handles the majority of the editorial content while the P-I only provides a small editorial/opinions section.

In 2003 Times tried to cancel the JOA, citing a clause in the JOA that three consecutive years of profit losses were cause for cancelling the agreement. Hearst disagreed and immediately filed suit to prevent the Times from cancelling the agreement. Hearst argued that a force majeure clause prevented the Times from claiming losses in 2000 and 2001 as reason to end the JOA, because they resulted from extraordinary events (in this case, a seven week newspaper strike).

Each side publicly accused the other of attempting to put its rival out of business. The trial judge granted a summary judgment in Hearst's favor on the force majeure issue. But after two appeals, the Washington State Supreme Court ruled in favor of the Times on June 30, 2005 on the force majeure clause, reversing the trial court judge. Both papers settled the issue on April 16, 2007.

The JOA ends today with the cessation of the P-I print edition. (Info from Wikipedia)
Posted by Michael N. Marcus at 4:22 AM