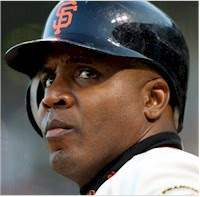 Under an agreement between Major League Baseball and the players association, players have been tested for drug use since 2006. In addition to testing players on each 40-man roster, the agreement provides for 600 random tests.

When a player tests positive for the first time, only the player, the union, baseball’s vice president for labor relations and a committee that oversees the testing program are to be informed. Under the agreement, players who tested positive a first time would receive counseling and six follow-up tests over the next 12 months. Any player who tested positive twice would be publicly identified and suspended for 25 games.

In 2006, no player tested positive twice, so no one was punished. The testing agreement for amphetamines does not allow baseball to report the total number of first-time positive tests even though no players’ names would be attached to the overall number.

San Francisco Gian star Barry Bonds, the most prolific home run hitter in baseball history, was identified as failing the amphetamine test. He has seen his record numbers shadowed by suspicions about his use of performance-enhancing drugs. During the 2001 season, Bonds hit 73 home runs, the most in a single season. Two years later, an investigation into the Bay Area Laboratory Co-Operative, which worked with Bonds, found that it had distributed performance-enhancing drugs to several elite athletes.

The spotlight on Bonds only intensified during his chase of Hank Aaron's 755 career home runs, a record he broke on Aug. 8, 2007. In Nov. 2007, Bonds was indicted on perjury and obstruction of justice charges related to his 2003 grand jury testimony in the BALCo case. (info from The New York Times)
Posted by Michael N. Marcus at 5:02 AM