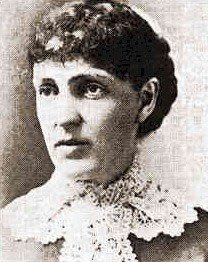 After the New York State Legislature voted to remove a restriction against women practicing law, the Supreme Court admitted Kate Stoneman as the first female attorney in New York on May 20, 1886.

Stoneman was also the first woman graduate of Albany Law School, and a leader in the women’s suffragist movement, and a temperance and peace activist. However, law was an avocation. She did not earn her living as a lawyer. She had a day job.

Stoneman graduated from the New York State Normal School (now the State University at Albany) in 1866, at the age of 25. After she taught school for several months, the Normal School hired her back as a “Teacher of Drawing and Penmanship,” a position she held for forty years. The Normal School in those days offered a two-year program leading to a certificate that licensed holders to teach in the state’s public schools.

Kate Stoneman Day is held to honor her. The Kate Stoneman Awards are given to individuals in the legal profession who have demonstrated a commitment to actively seeking change and expanding opportunities for women. (info from The New York Times & Albany Law School)
Posted by Michael N. Marcus at 4:25 AM