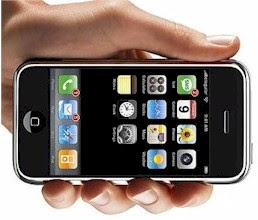 Less than one week after the release of Apple's iPhone, hackers have figured out ways to override some of the restrictions imposed by Apple and AT&T, the phone's exclusive service provider.

The hacking likely will be limited to the most tech-savvy iPhone owners. Most customers probably will decide the hacks are too complicated or not worth the trouble, and Apple is skilled at battling hackers and is likely to figure out ways to overcome the overrides.

The most popular hack so far is targeted at the requirement that iPhone users sign a wireless-service contract with AT&T. Without it, none of the device's features are supposed to work, including its Web browser and iPod music player.

Several hackers have posted step-by-step instructions on the Web to activate the iPhone's Web browser and iPod functions without signing up for an AT&T contract. One of the hackers is Jon Lech Johansen, a Norwegian software expert who infuriated Hollywood by creating a program that allowed customers to copy DVDs onto their computers. He has also worked on ways to alter the iTunes software so songs could be downloaded to devices other than iPods.

Several iPhone users confirmed that the iPhone hacks worked. Jean Sebastien, a television director in Paris, paid $850 on eBay for his iPhone. No European wireless carrier is yet able to offer service for the device. Nevertheless, Sebastien said he followed Johansen's instructions and got it to work as a Web browser and iPod.

But it is doubtful that many will follow this route. To do so would mean buying an iPhone, which sells for $499 or $599, and only using it as an iPod and Web browser. Moreover, the hacked Web browser, which is designed to work in all areas reached by AT&T's wireless network, will only work in Wi-Fi hot spots.

Hackers are working on much more substantial overrides, including trying to figure out ways to get the iPhone to work on networks of other carriers. This is especially desirable overseas, where the iPhone isn't on the market. "It will be possible in two weeks," Sebastien predicted.

Hackers also are trying to download unapproved applications off the Web and use the iPhone as a Wi-Fi phone. One Web posting gives iPhone owners guidance on how to activate the device with a cheap prepaid plan from AT&T rather than a two-year contract; but a comment on that site said the hack doesn't work.

Some iPhone owners said they are justified in trying to circumvent Apple and AT&T's restrictions. They maintained that because they own the expensive phone, they should be free to use it on any network and download any application.

An AT&T spokesman said the iPhone "explicitly requires the customer to sign up for a wireless voice and data plan from AT&T. Any attempt to bypass this requirement is an illegitimate use of the phone."

Apple has long played a cat-and-mouse game with hackers, often coming out on top. Successful hacks of iTunes, for example, often last a short time, until Apple releases a software update. (Info from The Wall Street Journal)
Posted by Michael N. Marcus at 5:17 AM