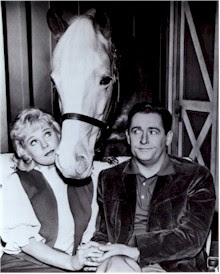 Cavel International's facility in DeKalb, IL was set to close at midnight Friday, when a temporary court order allowing it to stay open was to expire. The plant, about 60 miles west of Chicago, is the last in the United States that slaughters horses for human consumption. Except for a portion sold to US zoos, the meat is shipped for overseas' diners.

"Obviously we're disappointed with the ruling," said Calabrese, adding that the company could file an appeal as soon as Friday.

In late May, Gov. Rod Blagojevich signed a law banning the import, export, possession and slaughter of horses intended for human consumption — forcing the Cavel plant to close for about a week. The company immediately challenged the state law in federal court. U.S. District Court Judge Frederick J. Kapala granted a temporary order in early June that prevented officials from enforcing the ban. Kapala extended the order once, but refused Thursday to allow Cavel to stay open longer.

He wrote that he "no longer believes that plaintiffs have shown a strong or even negligible likelihood of succeeding on the merits of the action pending before this court."

Kapala hasn't ruled on Cavel's original challenge. He said he will not do so until a related matter — whether the Humane Society of the United States can be a party in the case — goes through the courts. "Our primary reaction is we'll wait and see what the next step is," said Ann Spillane, chief of staff for the state attorney general. "There are obviously further legal proceedings that are going to happen."

The Cavel plant has operated in DeKalb for about 20 years and slaughters about 1,000 horses a week, according to plant officials. Cavel lawyers say the Illinois law violates the interstate and foreign commerce clauses of the U.S. Constitution. They argue the plant's closure would deprive about 55 people of jobs. Supporters say without horse slaughterhouses, more older or otherwise marginalized horses would be neglected or abandoned because some owners won't pay the cost to have them euthanized.

Critics says the slaughterhouse process is inhumane. Some also argue the nation has no tradition of raising horses for meat, and shouldn't be doing so to satisfy foreign consumers. (info from the Associated Press)
Posted by Michael N. Marcus at 5:15 AM